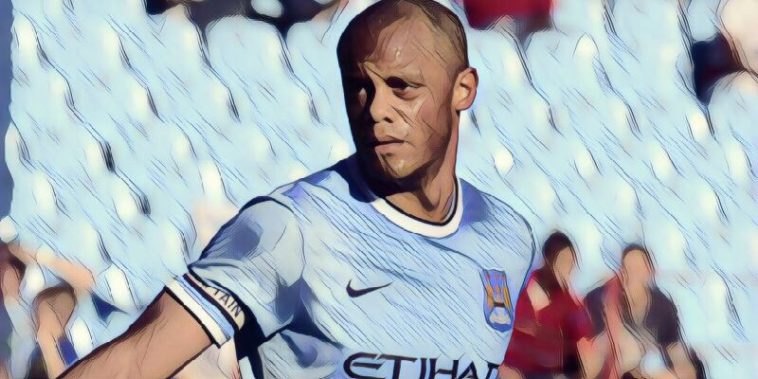 Thierry Henry has revealed why he believes Vincent Kompany will become a top manager.

The former Manchester City captain took the first steps in his managerial career this summer, rejoining former club Anderlecht in a player-manager role after over a decade at the Etihad.

The 33-year-old’s trophy-laden career at City was celebrated with a testimonial match on Wednesday evening, though rather typically, the Belgian was ruled out through a hamstring injury.

Having worked alongside the defender with the Belgium national side, Premier League legend Thierry Henry discussed why Kompany has all the attributes to be a huge success in management.

“Listen, he’s a thinker. You can talk about Vincent Kompany for days for what he has done for this football club and what he did on the field,” he told Sky Sports ahead of the testimonial at the Etihad.

“What I would like to say is he is a thinker. I was in charge of the offensive corner for the national team and he used to grab me in the morning. Usually, when Vincent Kompany grabs you, it’s for two hours.

“You’re going to talk about it, you’re going to look at the videos and he’s going to tell me what we’re supposed to be doing and it worked, to be fair, against Brazil.

“That’s why, well he didn’t touch the ball, but his run disturbed Fernandinho and he came to see me on the bench because in the morning he had chewed my head off on what we were supposed to do.

“He’s a thinker, he loves the game, that’s all he talks about. I love the man, I love the man he is off the field and the player he was here, obviously, because he hasn’t stopped his career yet!

“What a player he was for this football club.”