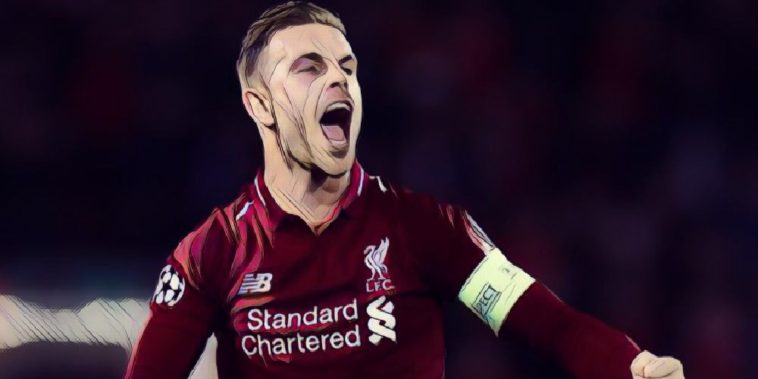 Liverpool have done it again, snatching Champions League victory from the jaws of defeat, coming from 3-0 down to beat Barcelona 4-3 on aggregate.

It was an incredible evening on Merseyside, with Liverpool knowing they had to score at least three times to have any chance of progressing, while also having to keep Barcelona at bay.

Having been rocked by injuries to Roberto Firmino and Mohamed Salah, Jurgen Klopp turned to Xherdan Shaqiri and Divock Origi, with the latter getting the hosts off to a perfect start when he tucked the ball home from close range after just seven minutes.

However, it was two goals in three second-half minutes from substitute Georginio Wijnaldum that really got Anfield rocking, leaving Barcelona looking shell shocked before Origi doubled his tally with a cheeky 79th-minute goal to secure the Reds’ passage into a second successive Champions League final.

Speaking after the game, Liverpool captain Jordan Henderson described it as ‘a special night’.

“Unbelievable. I don’t think many people gave us a chance. We knew it would be difficult but still possible,” Henderson said.

“The belief we have in the changing room is amazing. We knew we could do something special at Anfield. Look at the fans and the lads – this is a special night. This is up there with the best.

“We wanted to start fast. We got an early goal which helped. It wasn’t just the goal, it was getting after them and putting them under pressure. We knew if we showed personality and heart then we’d have a chance.”