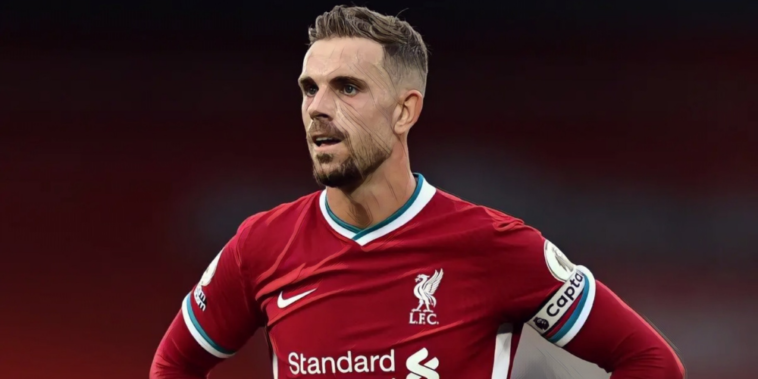 Jordan Henderson has recalled the ‘very dark place’ he found himself in when Liverpool wanted to sell the midfielder to Fulham in 2012.

Henderson will celebrate a decade on Merseyside this year and has grown in stature and importance throughout his time with Liverpool, being named as the FWA Footballer of the Year last season after becoming the club’s first title-winning captain in three decades.

The Reds’ Premier League title success came a year after winning the Champions League, though Henderson’s career with the club has not always been straightforward including a ‘difficult moment’ just a year after his arrival from Sunderland.

Henderson initially struggled following his £20m move as a youngster and came close to leaving Anfield in 2012, with former manager Brendan Rodgers having offered the player to Fulham in a swap deal for Clint Dempsey.

Henderson turned down the move and turned his Liverpool career around in fine style, though the England international has now recalled the ‘very dark place’ he found himself in after being informed he was unwanted at Anfield.

“That was a difficult moment I remember very clearly,” he told The Guardian.

Signing off for 2020 with a massive thank you to everyone who has helped us get through this year. Happy New Year. pic.twitter.com/sQwQHlLUAq

“We were preparing for a game against Hearts at Anfield. We met as normal in the hotel and I got a knock on my door saying the manager wanted to speak to us.

“To be fair to Brendan Rodgers, it was really just a conversation [about Fulham’s interest]. It was an opportunity I didn’t want and I didn’t like. I still felt I had an awful lot to give.

“But I was in a very dark place at that time. It made us a lot stronger and a lot wiser later on and, without that, you never know what could have happened.

“So I really cherish those moments because you need setbacks, you need adversity.

“You get back up, and it makes you stronger because you want to prove people wrong.

“Ever since that day I had something in me. I needed to prove to the manager I would get in his team eventually. I’d do absolutely everything to be in his team, this football club, and I’d prove them wrong. In the end I did.”