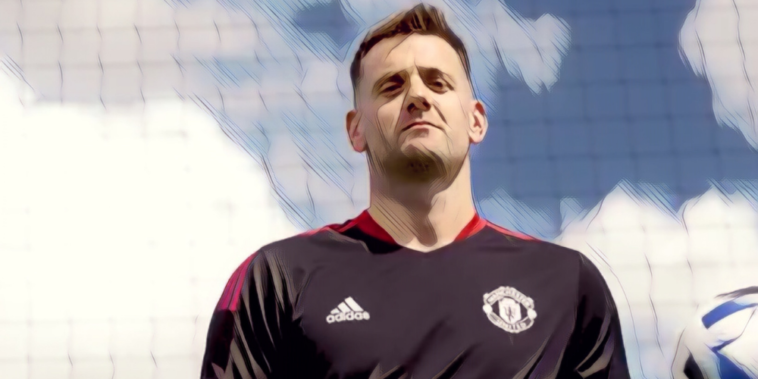 Tom Heaton has outlined his ambition to get into the Manchester United team after sealing a free transfer return to the club.

Heaton has signed a two-year contract after leaving Aston Villa at the expiry of his deal, returning to the side where he came through the academy ranks without making a senior appearance.

The 35-year-old will provide competition for first-choice goalkeepers Dean Henderson and David de Gea, with the veteran admitting he has held conversations with Ole Gunnar Solskjaer about his role in the squad next season.

Heaton came through the ranks at the Red Devils before departing in search of first-team football in 2010, enjoying spells at Cardiff, Bristol City and Burnley before a two-season spell at Aston Villa.

The goalkeeper has also won three caps for England at senior level and says he has ambitions to challenge the club’s established goalkeepers and ‘get into the side’.

“I’m looking forward to come in to compete,” he said. “My ambition is to get into the side. That’s never been any different.

“I left the football club to go in search of first-team football, to go and get that experience. I’m coming back here now with a lot more experience. It’s been 11 years, I think, since I left. It feels like a long time but I’ve gathered different things since I’ve gone and have come back here now looking to get into the side. I can’t put it any other way.

“I’ll do things properly, of course, and we’ve got some fantastic keepers at the club – David [De Gea], Dean [Henderson], Lee [Grant], Nathan [Bishop] and a host of good young keepers. I can’t wait to get started with that group and get going. Yeah, it’s certainly what I’ve got my eyes on and we’ll see how it goes.”

Read – Player Analysis: Why Jadon Sancho is the perfect fit for Manchester United

Read Also – France are out, but Euro 2020 has shown what Man United must extract from Paul Pogba