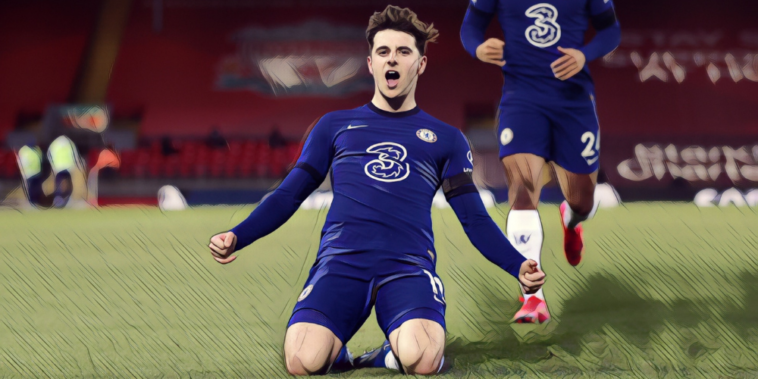 Chelsea boss Thomas Tuchel was full of praise for star man Mason Mount, after the midfielder’s superb performance against Fulham at Stamford Bridge on Saturday evening.

While the former Paris Saint-Germain boss made a handful of changes for the clash with the Cottagers, with the club’s Champions League semi-final second-leg on the horizon, one man who he simply cannot seem to be able to leave out is Mount.

The 22-year-old has almost been an ever-present for the club making the breakthrough into the Chelsea first-team under Frank Lampard at the start of last season, his performances making him now a regular fixture at club level, but also in Gareth Southgate’s England set-up.

Although the sacking of Lampard back in January looked to potentially put his starting berth in doubt, the versatile midfielder has since continued to be a hugely consistent presence under Tuchel, despite the huge depth of talent at the new manager’s disposal.

Mount’s undeniable talent was on show against Scott Parker’s side on Saturday evening, the Englishman setting up teammate Kai Havertz for the first goal of the match after sensationally plucking the ball out of the sky following a long-ball from Thiago Silva.

Following that sublime moment of magic and another strong all-round performance in the 2-0 win, Tuchel expressed his delight over the academy product’s ability, insisting that it is a ‘pleasure’ to work with the player.

“He has the full package, mentally, physically and in terms of his talent and most importantly his character,” Tuchel told his post-match press conference after yesterday’s win over Fulham.

“Both his feet are on the ground and he is a nice guy. I get the feeling that he comes to Cobham every day to learn something, to get new experiences. He is a guy who can recover very fast, he is a very physical player, is fully adapted to Premier League football. He is full of self-confidence, but in a very positive way.

“So it’s a pleasure to have him, a pleasure to be at his side to guide him and support him. It’s impressive because he seems to be not affected by all the praise when he gets it, or the criticisms, and this is maybe the most important thing. He seems to me like a guy who likes the sport, who feels an obligation to make the most out of it and he absolutely wants every win badly. So it’s a top mix.”