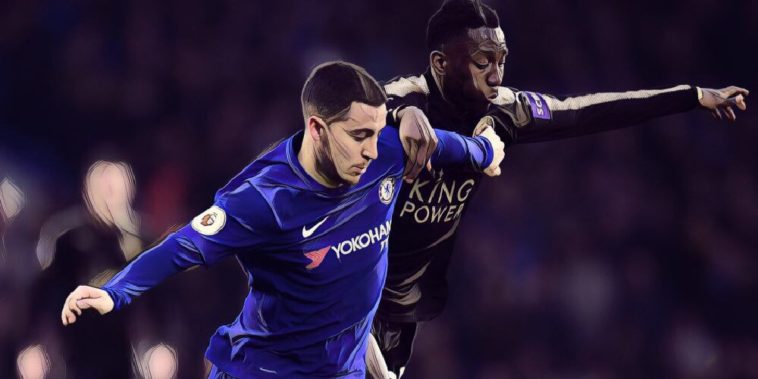 Eden Hazard has been told that he will need to move to Real Madrid or Barcelona in order to fulfil his potential and be classed as one of the best in the world.

The Chelsea number 10 has started the current Premier League season in the form of his life, scoring seven  goals and providing three assists in the Blues first eight league games of the season after enjoying a good World Cup this summer.

That sensational form has only heightened long-standing speculation of a move away from Stamford Bridge, and former Chelsea, Liverpool and Barcelona forward Bolo Zenden has said that a move to one of Europes giants will be the only way to be considered as one of the best in the game:

“He needs a move to ­Barcelona or Madrid to be up there, classed with the best in the world.’’ Zenden told the Mirror.

“Yes, he has done it in England. But with that platform of having played for the likes of ­Barcelona or Real, that is what they look for when they decide the player of the year.”

If Hazard does move away, Zenden reckons he should become one of the most expensive footballers in history.

“If you see Neymar going for £198million, Paul Pogba and Cristiano Ronaldo around £100m, then he will be up there as one of the biggest fees in history – and he should be.”

Hazard has just over 18 months remaining on his Chelsea contract, and while he has ruled out a move in January, he has once again described a move to Real Madrid as a dream.