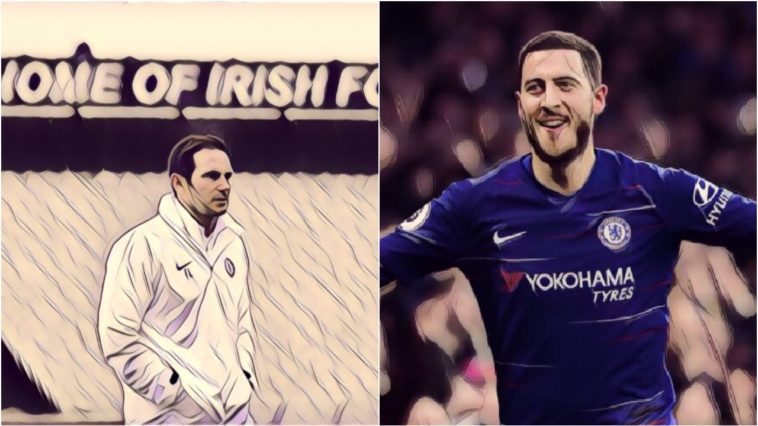 Eden Hazard reckons Chelsea boss Frank Lampard has already shown he can be ‘one of the best managers in the world’ following the club’s impressive start to the season.

Chelsea are currently third in the Premier League following a strong start to the campaign, with the club currently on a six match winning run in the division ahead of this weekend’s huge meeting with Manchester City at the Etihad.

Lampard has been praised following his integration of the club’s best young players since his arrival at Stamford Bridge, the likes of Tammy Abraham, Mason Mount and Fikayo Tomori thriving since being handed their opportunity with all three academy graduates receiving international recognition.

Former Chelsea star Hazard, who played alongside Lampard at the club, has been left impressed by the 41-year-old’s impact and believes the young coach has already shown his abilities to be considered amongst the world’s best.

“I wasn’t surprised about Frank Lampard,” Hazard said after Belgium’s win over Russia on Saturday.

“I know Frank as a player not a manager but he is a great guy. He has shown already in four months that he can be one of the best managers in the world.

“The good thing is they are playing with young English players. They are lucky to have young players with quality.

“Maybe with two or three more they would be first in the Premier League.

“When I saw them play it was nice to see them all play together. I still have friends there and want them to do well.”

See Also: Five of the best title races ever