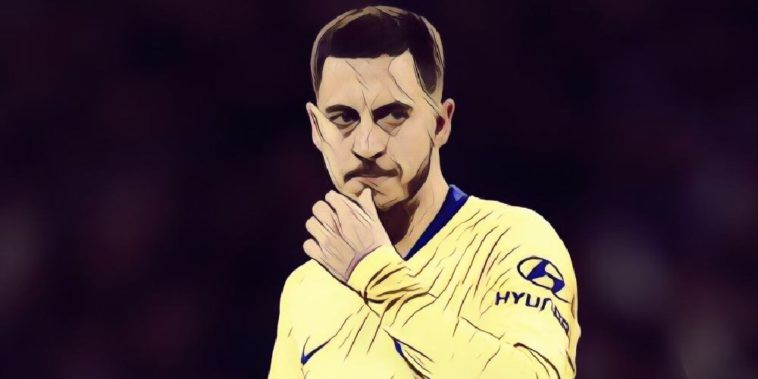 Eden Hazard has declared that Chelsea are out of the running to win the Premier League title following this weekend’s defeat to Spurs.

Going into the weekend, Chelsea were the only team in Europe’s top five leagues yet to taste defeat in all competitions, and one of three teams still to be unbeaten in the Premier League.

However, the West London club were absolutely battered by their North London neighbours, who took advantage of the Blues slack defending at every opportunity, and in the process leapfrogging them into third in the table.

The defeat has left plenty of pundits questioning Maurizio Sarri’s use of midfield duo Jorginho and N’Golo Kante, with the latter being asked to play in a more advanced role, despite earning a reputation as the best defensive midfielder in the world.

Now, Chelsea talisman Hazard has said that the club are simply fighting to finish in the top four, and will not win the title.

“We are thinking about finishing in the top four, not to be the champions,” Hazard said after Chelsea’s 3-1 defeat to Spurs.

“We know [Man] City are not much better than Chelsea but they are better at the moment.

“In what areas are City better? A lot of things: possession; when they have chances, they score; maybe defensively they are better. They have top players.

“Is it due to their consistency as well, winning game after game? Yes, of course. They are in a good momentum since last year and we need to be back like this.”

Hazard has also once again refused to commit his long-term future to the Stamford Bridge outfit having been linked with a move to Real Madrid.