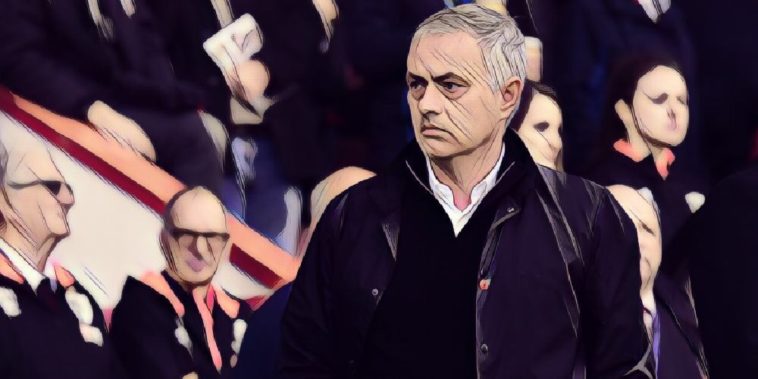 Jose Mourinho could be offered an escape route from Manchester United according to reports in Spain, who claim Real Madrid are interested in re-signing their former boss.

When writing this piece, we were unsure as how to write the headline, with ‘Manchester United offered Mourinho escape,’ having been equally as applicable considering the state that the club finds itself under their Portuguese coach.

Mourinho recently stated that he was confident that he wouldn’t be sacked because it would cost the club too much money, but with the club currently in seventh in the Premier League, seven points off fourth placed Chelsea, the club seems to be on a similar trajectory to a fairground helter-skelter.

As it stands, if United were to sack Jose Mourinho today, they would have to pay up the remaining 19 months of his contract, something which would set the club back in the region of £20 million.

However, if Mourinho has a similar clause in his contract to that of Mr Moyes and Mr van Gaal, then failure to reach the Champions League would save former investment manager Ed Woodward a small fortune.

However, Spanish publication Diario Gol are reporting that Real Madrid are planning a whopping £600 million overhaul, and will start by first sorting out the man in the dugout.

It is of course only November, but Los Blancos are already onto their second manager of the season, their third in the last six months, after Zinedine Zidane’s replacement, Julen Lopetgui, had a miserable start to the campaign, and was replaced by Santiago Solari.

While Solari has signed a two-and-a-half year deal at the Bernabeu, Madrid’s president Florentino Perez is claimed to be already eyeing his next managerial appointment, with Jose Mourinho claimed to be Perez’s favourite.

The pair are known to still have a good relationship from Mourinho’s first spell at the club when he delivered the La Liga title in 2011/12, and United’s desire to keep hold of their manager could soon be tested.

However, the article also names Joachim Low, Jurgen Klopp and Mauricio Pochettino as potential targets for the 13 time European champions.

The reports goes on to say that Real Madrid will then embark on a huge spending spree, with Harry Kane, Neymar, Christian Eriksen, Sergej Milinkovic-Savic, and interestingly, Paul Pogba among their list of transfer targets.