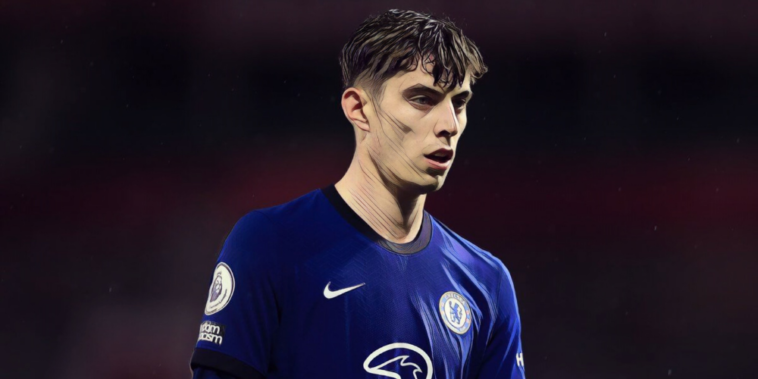 Kai Havertz has opened up on his frustrating start to life at Chelsea, following the summer signing’s starring role in the 2-0 win over Everton on Monday night.

The Germany international was handed his first start since 27 January and he didn’t disappoint, in what was a pivotal game in the club’s push to secure Champions League qualification.

The 21-year-old has been plagued by illness and injury since his record-breaking £72m arrival from Bayer Leverkusen in the summer, yet looked back to his best at Stamford Bridge against the Toffees, playing the full 90 minutes as Thomas Tuchel’s side maintained their 11-game unbeaten run in all competitions.

Leading the line in the false nine position, Havertz was superb on the night, his deflected effort ricocheting off Ben Godfrey for an own goal, while his surging run into the box in the second-half also earned a penalty for the Blues, midfielder Jorginho stepping up to wrap up all three points for the home side.

That result has move Chelsea into fourth with just ten games left to go this season, although the biggest story on the night was arguably the German’s performance, the forward admitting that after a ‘difficult’ first few months at the club, ‘it is time to perform’.

“It is difficult to say [if it is my best performance for Chelsea] but the first few months were difficult for me,” Havertz told The 5th Stand. “I hope that I will get a lot of confidence now and carry on like this.

“Of course, it wasn’t easy to come here where everything was new. I have been here for seven months now though, so now it is time to perform.

“I know that in myself, I know many people have doubts about me. I just keep on going and working, trying to help my team in every training session and game. That’s the most important. I hope this performance will give me a lot of confidence. I hope to continue like this.”