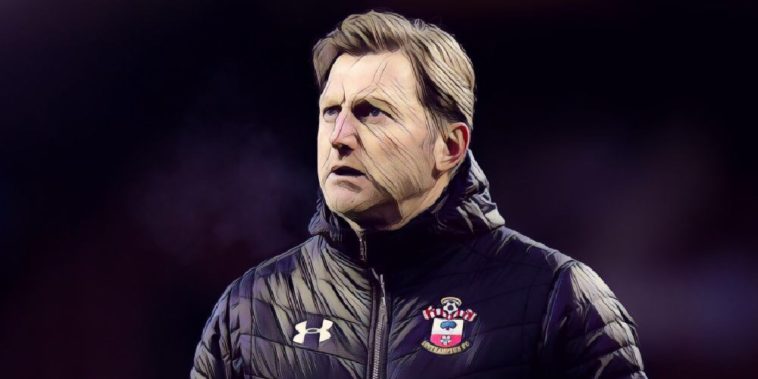 Ralph Hasenhuttl has said that it is ‘fantastic’ that Southampton have secured their Premier League status with two games to spare but has admitted that he will now look to rebuild the Saints’ squad.

Southampton were in an absolute mess when Hasenhuttl took over from Mark Hughes back in December, with the Welshman having been sacked with the club in the relegation zone after winning just one of their opening 14 games, picking up nine points.

However, today’s 3-3 draw with South Coast rivals Bournemouth, combined with Cardiff’s 1-0 defeat to Fulham, confirmed that the Saints will extend their stay in the Premier League for at least another season after reaching 38 points.

Speaking after the enthralling game down at St Mary’s, Ralph Hasenhuttl was delighted with his side’s turnaround since his arrival.

“It was a crazy game. We are very happy now. It was a tremendous match,” he told the BBC.

“We had to take a lot of points [since taking over in December]. If you told me after our first game against Cardiff, when we were five points behind them [that we would stay up], it’s amazing. We deserve this.

“We invested a lot in this time and learned a lot. We showed how beautiful we can play. The next step must be to get more clinical in some situations. Two games before the end to be clear is fantastic for us.”

Despite their achievements, the Austrian admitted that he will be busy in this summer transfer market.

“We will have a few players leaving. In every position, we will try to get better next year. We had a very interesting last transfer period – no signings, just giving players away,” he added.

“This summer we will rebuild. We can start planning for next year tomorrow. A bit less stress would be nice [next season], sitting relaxed outside and taking the points we need. The target is to get 40 points earlier than this year.

“I’m very happy to be in the best league in the world. Every weekend is a tremendous experience. Every day I enjoy this job very much. It’s everything I expected from the Premier League.”