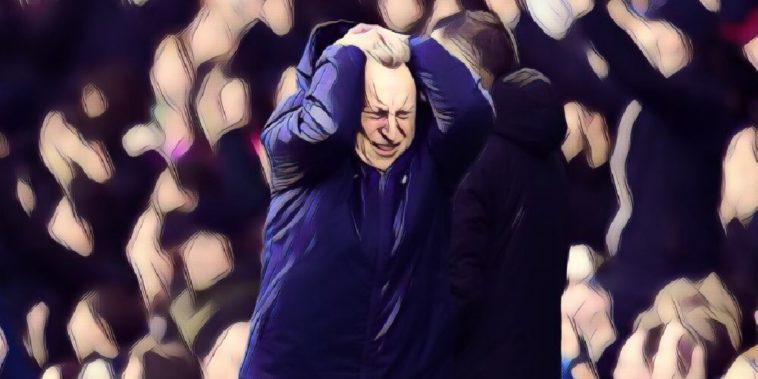 With just three Premier League games to go, positivity had been building in South Wales that Cardiff could escape relegation thanks to the recent win over fellow relegation battlers Brighton, who have endured a horrific run of form as of late.

The Bluebirds knew that a win today against an already relegated Fulham side would see them temporarily draw level on points with the Seagulls with two games still to play, but despite having the majority of chances at Craven Cottage, Ryan Babel’s 79th-minute strike for the hosts left the situation looking bleak for Neil Warnock’s side.

Speaking after the game, Warnock admitted that he got his team selection wrong and that his side have been lacking a proven goalscorer.

“I am disappointed but could not have asked any more of them. We couldn’t have scored if we carried on till Christmas,” Warnock told the BBC.

“The luck has been against us. On reflection my team selection was wrong, but you can’t fault the lads. Who is to stay we are not still in the fight, it depends which Newcastle turns up [to face Brighton].

“You see the chances, we should score some of those chances.

“You pay for your finishers in this league, we have never been blessed with that, Emiliano Sala would have been that and that was a big blow.”

The situation was later compounded by Brighton’s 1-1 draw with Newcastle, meaning Cardiff will be relegated if they lose against Crystal Palace next weekend in their penultimate fixture.