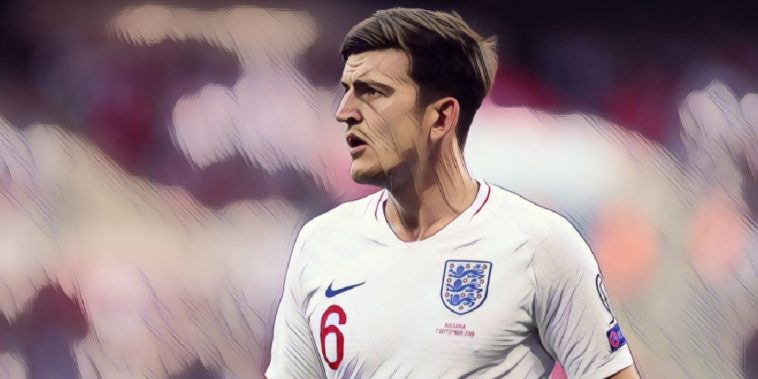 Harry Maguire has been named in the England squad for the Three Lions’ Nations League games against Iceland and Denmark next month, despite the Manchester United defender’s court trial over an alleged incident with Greek police whilst on holiday last week.

Maguire was arrested last week following an incident on the island of Mykonos, the centre-back reportedly involved in a brawl which left him pleading not guilty to a string of offences, including allegations of assault, disobedience and bribery, with a police officer also allegedly assaulted during the fracas.

Despite the spotlight on his star defender, Gareth Southgate has opted to include the Manchester United captain in his squad as the trial continues today, and Southgate said the decision was taken having heard Maguire’s side of the story.

“It’s a decision that’s not straightforward and that I can only take on the information I have,” Southgate said at a press conference.

“I’ve spoken with Harry. I have the insight into the story, which is very different to what’s been reported, and in these instances, I think you can only make decisions on the facts you’re aware of.”

Meanwhile, there were also first call-ups to the senior squad for Phil Foden, Mason Greenwood and Leeds midfielder Kalvin Phillips.

Foden and Greenwood are regarded as two of the most promising talents in English football with each having impressed on either side of the Manchester divide last season, Foden increasing in status under Pep Guardiola at the Etihad and enjoying a fine run of form following the Premier League’s restart.

?"They have potential to be England internationals for a long time to come"

Manchester United teenager Greenwood has burst onto the scene and has now been rewarded with inclusion in the England squad, the 18-year-old having scored 17 goals in all competitions last season, including ten Premier League goals in just 12 starts for Ole Gunnar Solskjaer’s side.

Phillips is also included in the squad for the first time after helping Leeds to the Championship title last season, the 24-year-old hoping to be handed an opportunity to showcase his potential as England’s deepest-lying midfield player.

Speaking on Phillips’ inclusion, Southgate said: “He’s a player that we’ve watched a lot over the last 12 months. Leeds have had an outstanding way of playing, the position he plays is one where we need competition and the way he plays in that role is clear to see.

“I spoke to him this morning, which was a nice reminder of what it means for somebody to be in their first England squad. It’s a proud moment for him, his family and his club.”

There was, somewhat surprisingly, no place for Jack Grealish despite an excellent individual season for the Aston Villa captain, though Southampton’s Danny Ings – who earned his sole England cap five years ago – was included in the squad after a career-best season on the South Coast.