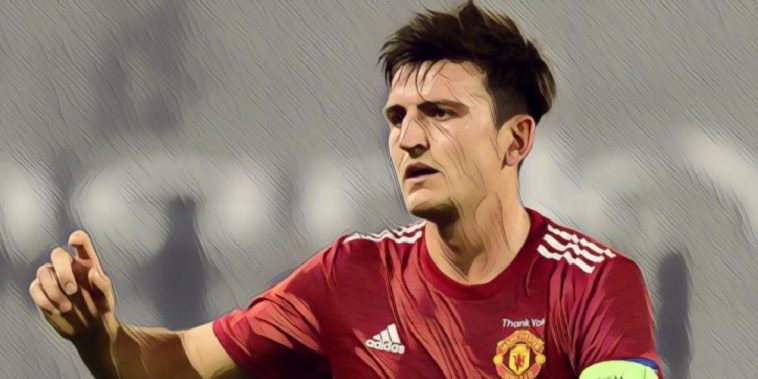 Harry Maguire has been found guilty of aggravated assault, resisting arrest and, repeated attempts at bribery following an incident involving the Manchester United defender whilst on holiday in Greece.

Maguire was arrested last week following an incident on the Greek holiday island of Mykonos, the England international involved in a brawl which later left the defender pleading not guilty to a string of offences, including allegations of assault, disobedience and bribery, with a police officer also allegedly assaulted during the fracas.

Widespread reports suggested that Maguire and his associates had been involved in the brawl as a result of taunts towards the Manchester United captain from rival supporters, though the star has since claimed the situation arose after his sister was the victim of a suspected drug-involved assault.

The 27-year-old spent two nights in custody before being allowed to return to the UK on Monday, his presence not required at the trial in which the prosecution team accused the defendant of attempting to bribe police officers following his arrest and allegedly saying: “Do you know who I am? I am the captain of Manchester United, I am very rich, I can give you money, I can pay you, please let us go.”

Maguire’s lawyer, Alexis Anagnostakis, had seen a request to postpone the case repeatedly rejected, after saying he did not have sufficient time to prepare his case, having only received a hard copy of the charge sheet two hours prior to the trial.

He told the court that the initial incident had occurred after Maguire’s sister, Daisy, had been injected with a substance by two Albanian men, causing her to immediately faint and lead to the group calling for transport to be taken to a hospital.

BREAKING: All 3 defendants in Harry Maguire trial found guilty on all charges.
Sentences to come shortly

Maguire and his party were instead taken to a police station after becoming involved in the brawl – where the centre-back was told his ‘career was over’ by officers who allegedly assaulted the star – with injuries having been found on one of the defendants by medical examiners, though it is unclear whether these were caused during the initial brawl or after the player had been taken into custody.

The defence also said that Maguire “did not beat anyone, accost anyone, or injure anyone”, with the player’s lawyer saying he is in possession of a video from outside of the Greek police station, visibly showing Maguire and his associates in ‘extreme agony’.

The prosecution team had alleged that they did not see Maguire or his party assaulted amid the initial incident, and that their injuries were likely sustained attempting to leave the scene, with police officers pushed as the English group sought to depart in a van.

Maguire’s defence argued that his clients were breaking away to make a phone call, though Greek police officers said they did not see them make one, whilst the defender was also alleged to have pushed an officer after being handcuffed.

Maguire had been controversially named in the England squad by Gareth Southgate for next month’s Nations League games against Iceland and Denmark, but faces a nervous wait to see how his future with the national team and Man United is effected following his sentencing in Greece.

Could not understand why Gareth Southgate put Harry Maguire in #eng squad. Should have waited until case concluded. FA should have stepped in to urge caution. Hugely embarrassing for Southgate.

The defender has been handed a prison sentence of 21 months and 10 days, however, it will be suspended given it is a first offence and that the charges are misdemeanours. Maguire has since issued a statement announcing his intention to appeal the decision.

Read Also – Locked Up: Five of the best Premier League players who did jail time