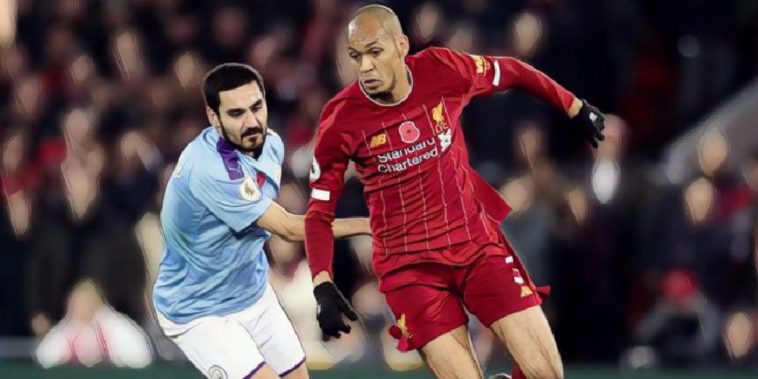 Ilkay Gundogan admits defending champions Manchester City have been ‘left behind’ by Liverpool in the race for the Premier League title this season.

Pep Guardiola’s side have enjoyed a record-breaking couple of seasons to be crowned as back-to-back champions, becoming the first side in Premier League history to reach a century of points before securing English football’s first-ever domestic treble last season.

This season, however, Man City have failed to replicate their previous standards and the club currently sit 25-points behind runaway leaders Liverpool in the title race, the Reds having enjoyed the best start to a campaign in the history of Europe’s leading leagues.

Gundogan admits his side have been ‘left behind’ by their Merseyside rivals this term, City on the verge of relinquishing their crown ahead of the Premier League’s behind-closed-doors restart later this month.

“We were left behind in the championship race this season in the Premier League. We couldn’t show an effect like the last two seasons [when] we are champions,” Gundogan told Fanatik.

“Whether we play good football or play good matches, there are points we have simply lost. Liverpool came to this level without losing many points, so we lost a lot of points, so the difference increased.”

Gundogan is one of the few players able to offer an insight into the minds of both Guardiola and Liverpool counterpart Jurgen Klopp, the German having worked under the latter during their respective times at Borussia Dortmund.

The midfielder insists the duo are ‘very different’ in their approaches, but believes the pair are the two best managers in world football at present.

“Jurgen Klopp and Pep Guardiola are the two best teachers in the world,” said Gundogan. “Four years have passed with Klopp. A teacher I love very much. He creates an amazing team spirit and motivates footballers incredibly.

“Pep is at a very high tactical level. A teacher who wants to know every detail of the game. I have not seen a teacher who improved himself tactically.

“Their styles are different, but both are very successful. Although they are very different, they are both the world’s top two teachers for now.”