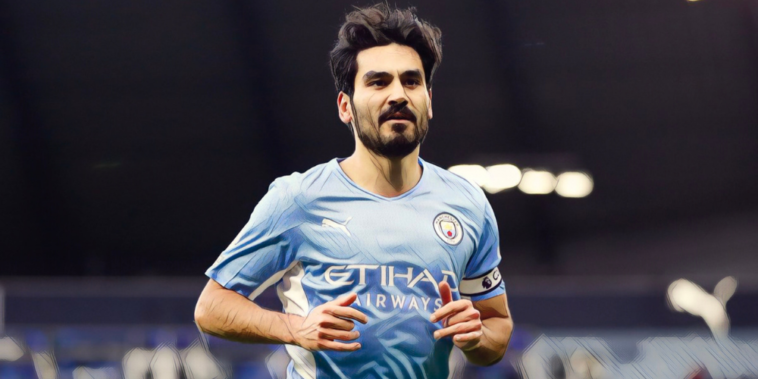 Ilkay Gundogan says reaching the Champions League final should be the ‘target’ for Manchester City in the competition this season.

Man City face Paris Saint-Germain tomorrow evening as the Premier League champions look to assure their place in the knockout stages, with a point at the Etihad enough to guarantee progression to the last 16.

Victory will secure City’s passage to the next stage as group winners, though Pep Guardiola’s side face a difficult challenge against a PSG side with their own ambitions of being crowned European champions.

City reached a maiden final last season before losing 1-0 to Chelsea in Porto, and Gundogan insists it must be the objective of his side to reach the showpiece in consecutive campaigns.

“I just think that having that game of the final last season still in our minds will give us some more motivation – even though it is not needed,” Gundogan told a pre-match press conference.

“Once you have been in the final you always want to go back.”

Gundogan has twice reached the final and ended up on the losing side on each occasions, having also suffered defeat with Borussia Dortmund in 2013.

“I’ll try my best to get to the final, whether it’s this year or another,” Gundogan added.

“It’s about that will to go as far as possible and then that combination, of a little bit of luck and the right qualities and players. We can do it, that should be the target for us.”

Tomorrow’s meeting will see Guardiola come up against a familiar opponent in Mauricio Pochettino, and Gundogan believes the familiarity between the two coaches makes for a fascinating challenge.

“I think the biggest challenge, for both teams to be honest, is that both managers know each other quite well,” the midfielder said.

“Unfortunately, he was able to beat us in the past quite regularly and also in important games. That’s not really an advantage for us.”