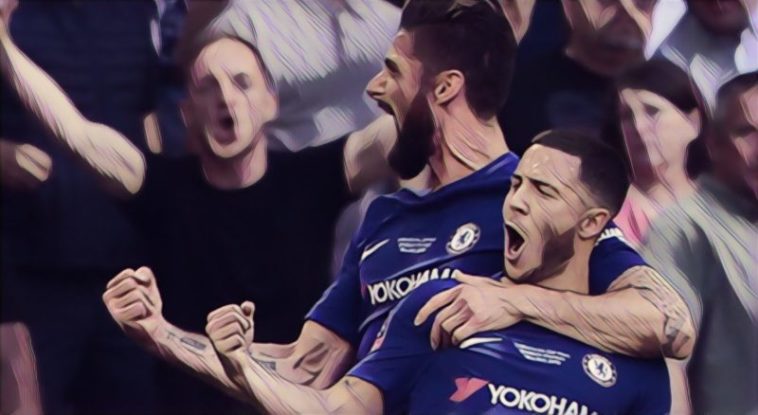 Chelsea striker Olivier Giroud has admitted that he has a special relationship with fellow Blues attacker Eden Hazard.

Both players linked up beautifully during Chelsea’s 4-1 victory over Cardiff at Stamford Bridge this weekend, which saw Maurizio Sarri’s side maintain their 100% record in the Premier League so far this season.

Hazard was full of praise for striker Giroud after the game, and it seems that we may have a bit of a bromance on the cards between the talented pair, with the France international also revealing how much he enjoys playing with Hazard.

“It’s very nice from him (Hazard). He knows what I think about him, he knows how much I enjoy playing with him.” Giroud told Chelsea’s official website.

“We all feel satisfied in the dressing room. We want to carry on the good momentum, we are on a good run. We are very ambitious, so every game is very important.

“We knew Cardiff would be tough to play against, especially because they are very physical and dangerous on set-pieces, as we saw for the goal. But the most important thing is to react with a strong team character and we know we can come back in any game.

“It was vital to bounce back after their goal as it keeps our confidence high.”