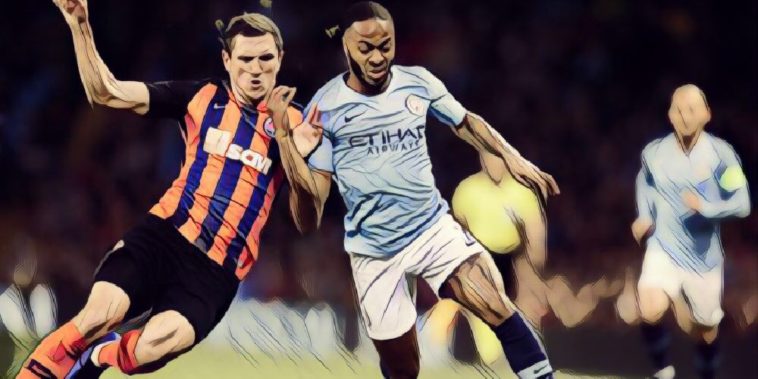 Pep Guardiola has said that Raheem Sterling should have told the referee that he had made a mistake following the farcical scenes at the Etihad tonight.

With Man City having taken a 13th-minute lead through David Silva, they were awarded a highly controversial penalty 11 minutes later with Raheem Sterling appearing to have been upended in the box.

However, replays showed that the Shakhtar Donetsk defender got nowhere near Sterling, who had in fact kicked the floor before tumbling to the ground.

While Sterling has apologised to the referee, Pep Guardiola said that he should have informed the referee to not award the spot kick.

“We realised it wasn’t a penalty. Raheem could have told the referee. We don’t like to score in that situation,” Guardiola told the media.

“You know VAR and what it is – the referee must be helped because they don’t want to make mistakes.

“The game is so fast these days. It takes 10 seconds for somebody to say something to the referee.

“[Would you tell a player to pass the ball to the keeper?] A coach would never say that. But I’m young, I will learn.”

City would go on to win the game 6-0, taking a lead at the top of Group F.