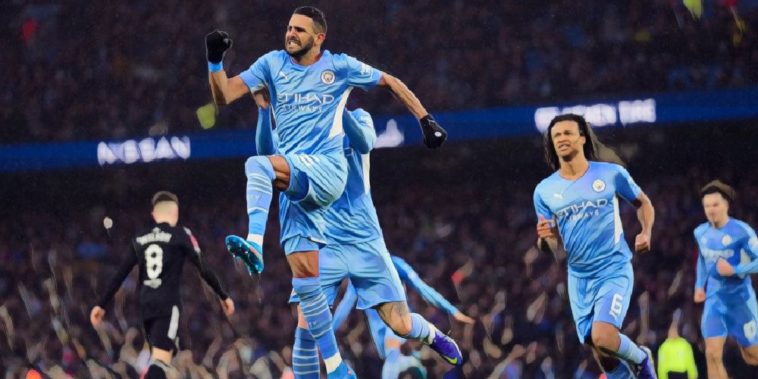 Manchester City came from behind to earn comfortable passage into the FA Cup fifth round with a 4-1 win over Fulham.

The game got off to an absolute flyer, with the second-tier side getting themselves inside the opening four minutes. Harry Wilson was released down the right for the Cottagers, before picking out the run of Fabio Carvalho in the middle of the City penalty area, the Liverpool target finding himself in acres of space as he fired home first-time.

However, just 90 seconds later and the scores were once again level, Phil Foden driving into the box, before Joao Cancelo picked out Riyad Mahrez at the back post. The returning Algerian put the ball back into the middle to find Ilkay Gundogan who stroked home.

Manchester City would however go ahead before the 15 minute mark, John Stones meeting a sumptuous Kevin de Bruyne corner to nod his side ahead.

After the frantic start, the game eventually settled down, though eight minutes in the second half, the Blues would be awarded a penalty after Jack Grealish was brought down in the box by Joe Bryan. Riyad Mahrez stepped up and confidently dispatched the resulting spot kick into the right-hand corner to extend his side’s lead.

City had a fourth just four minutes later, Kevin de Bruyne racing in behind the Fulham defence before unselfishly picking out Mahrez who finished off the counter-attack for his second of the afternoon.

Youngster Liam Delap thought he had added a fifth late on, though saw his effort ruled out for offside, and speaking after the resounding win, Pep Guardiola was full of praise for Marco Silva’s high-flying side.

“When a team is top of the Championship, it is because they are good. Top side, Marco has created an incredible team.

“We spoke a lot with the players about how difficult it would be and we should fight and run and defend well. They are a team who monopolise the ball.

“The first half the pressing was not good, that was my fault because we expected one movement that didn’t work well.

“The second half was much better and of course the quality of our players made the difference.

“We are very pleased to be in the next round. This round showed us there can be many surprises and we won against a very top team.”