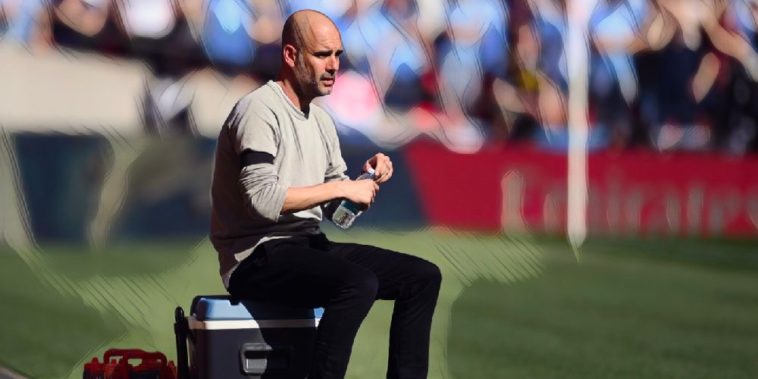 Manchester City’s hopes of landing a treble this season were ended after they exited the FA Cup at the semi-final stage for a third successive season following an uncharacteristically poor performance against Liverpool.

The two sides met just six days ago, playing out a hugely entertaining 2-2 draw at the Etihad last weekend, a game in which Liverpool weren’t at their best but still managed to earn a potentially vital point against their Premier League title rivals.

It was a totally different story in North London however, with Manchester City looking distinctly off the pace, particularly in the first half, and they would fall behind in just the ninth minute, Ibrahima Kounate continuing his fine goalscoring streak as he headed home an Andy Robertson corner.

Eight minutes later and it was two as Sadio Mane applied pressure to goalkeeper Zack Steffen, who kept hold of the ball for too long with Mane’s challenge sending the ball into the back of the net.

Mane then made it three on the stroke of half time, the Senegalese volleying home to beat Steffen at his near post following a delicious clipped ball from Thiago Alcantara to leave the Citizens with an absolute mountain to climb.

Jack Grealish pulled one back two minutes after the restart, though City didn’t really mount a second-half onslaught until the dying stages, substitute Riyad Mahrez getting in behind the Liverpool defence before squaring it to Bernardo Silva who poked the ball home from close range in the 91st minute.

City created three big chances in the final few minutes of added time, but weren’t able to score the all-important equaliser that would have taken the game to extra time.

Speaking after the game, City boss Pep Guardiola was pleased with his side’s improved display in the second half.

2 – Manchester City are only the second side to be eliminated from the semi-final stage of the FA Cup in three consecutive seasons, after Manchester United from 1963-64 to 1965-66. Unlucky. pic.twitter.com/oghnEP0zX6

“We gave everything after a tough first half,” he told BBC Sport. “For the first goal, the set pieces they are very, very strong. The second was an accident. Difficult to come back but they did it perfectly in the second half.”

Asked about Steffen’s mistake for Liverpool’s second, Guardiola said that the young American will learn from his costly error.

“It was an accident. One of the strong points is to try to play [out] and as a ‘keeper he has this quality. It was an accident and he will learn for the future. When the ball is there it can always happen.

“I have spoken with the team not him personally but he is strong.”

Aside from playing Liverpool last weekend, Manchester City had a bruising encounter against Atletico Madrid in week, though Guardiola insisted that tiredness was not a reason behind his side’s sluggish first half display.

“It was not a question of tired. They were more tired in the first, football is not about the tiredness it is about what you do and how it works and how you play.

“We finally have one or two days off. We know we have seven games and the Champions League, we are going to try to push and see what happens.”

Next up for Manchester City is a home game against Brighton, the Seagulls having beaten Arsenal and Spurs in their last two outings.