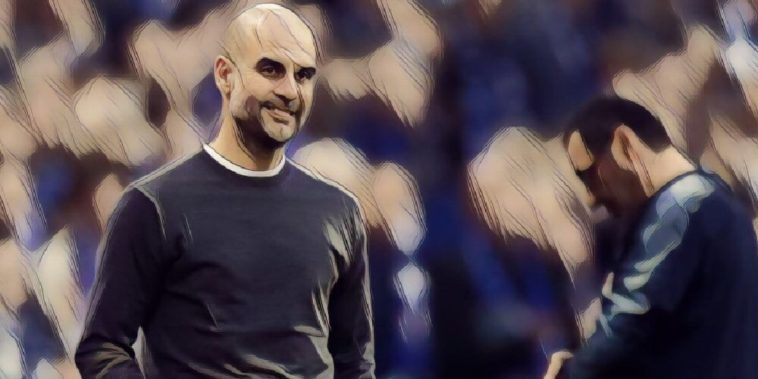 Pep Guardiola has insisted that he isn’t feeling the pressure of the title race, saying he is sleeping ‘like a little boy’.

Man City go into today’s final Premier League game knowing that all they have to do is beat Brighton at the AmEx to reclaim their title, while any slip-ups would leave the door firmly open for Liverpool to snatch the title.

However, having been seven points behind their title rivals going into their meeting back in January, Pep Guardiola has said that he is not feeling any nerves at all having overhauled that deficit to be leading the Premier League by a single point.

“I am so happy – no nerves at all. I was nervous before Liverpool, seven points behind, and we could have been 10 points behind,” he told the media at his pre-match press conference.

The former Barcelona and Bayern Munich boss has said that he doesn’t think he needs to deliver a pre-match team talk to his players.

“I would say that I don’t have to say anything to motivate (the players). I think my speech will be zero,” he admitted.

“We have not spoken for two or three days about the Premier League (title) or back-to-back, or what happens if we lose, about celebrations if we win, zero.

“It is just about Brighton, how they defend, their strengths and weak points, what we have to do.