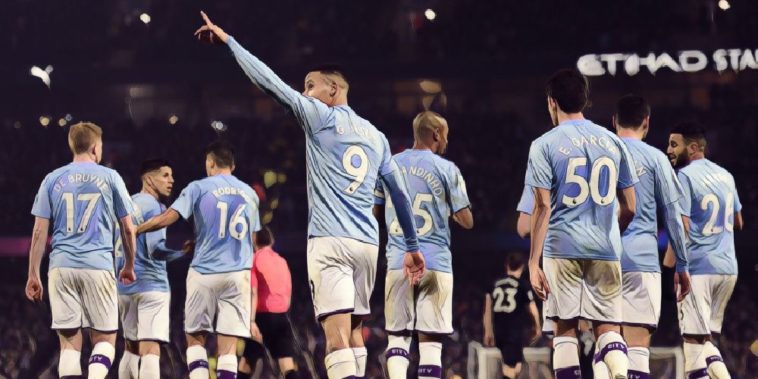 Pep Guardiola said that he was ‘delighted’ with Man City’s ‘important’ 2-1 win over Everton this evening.

It was far from Manchester City‘s most free-flowing of performances, but after a goalless first-half, a sublime curling effort from Gabriel Jesus gave the hosts the lead, the Brazilian’s strike beating Jordan Pickford and nestling in the top corner.

Seven minutes later, the reigning champions were two up, Jesus latching onto a well-weighted through ball from Riyad Mahrez, before the 22-year-old slammed the ball home at Pickford’s near post.

In all honesty, City had rarely looked troubled at the back, though a lacklustre pass from error-prone goalkeeper Claudio Bravo handed Everton the opportunity to equalise, Theo Walcott’s drilled effort being duly poked home by the onrushing Richarlison.

However, the Toffees would be unable to find a late equaliser, with Pep Guardiola describing the win as ‘important’, City keeping pace with Leicester and closing the gap to Liverpool back to 11 points.

“We played great so I am delighted for the guys,” Guardiola told BT Sport.

“This period is so tough. We did really well. Three more points and closer to Leicester.

“When you are far away from the first position sometimes people give up, but we never give up. We have to keep going.

”We have FA Cup then the EFL Cup. Other teams dropped points for the top four so it was an important win.”