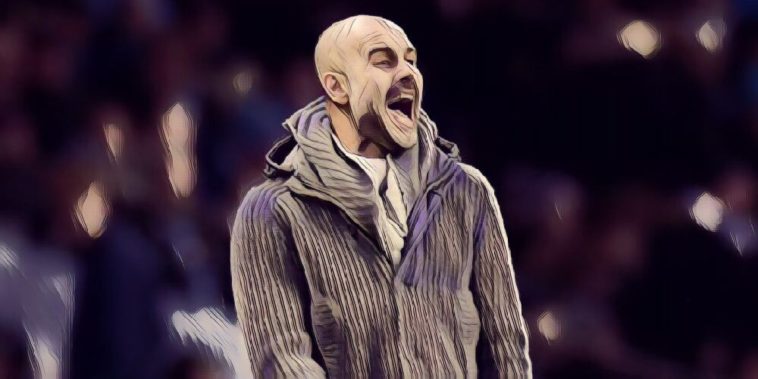 Man City‘s inconsistent results of late, combined with the relentless form of Liverpool, has seen the reigning Premier League champions slip 14 points behind Jurgen Klopp’s side, who still have a game in hand.

While Pep Guardiola has said he will not be prioritising the cup competitions as he looks to ensure Man City qualify for Europe’s premier competition next season, legendary midfielder Xavi – who worked under his fellow Catalan at Barcelona –  reckons the 48-year-old will eventually turn his focus to winning a third Champions League crown.

“Pep is a born winner,” Xavi told The Mirror.

“It will hurt him that Manchester City are so far behind Liverpool in the league – and he won’t give up.

“He will be realistic though. The gap is a big one and at the moment it doesn’t look likely that they can make it three titles in a row.

“With that in mind, I think there’s a big chance Pep will prioritise The Champions League.

“They will be two big games coming up against Real Madrid – and maybe there will be a chance to rest players before these games that they wouldn’t have if they were in a title race.

“Pep will want to win every trophy that he can – but if you’d asked him at the start of the season what he would prefer, I’m sure he would have said the Champions League.

“He joked with Klopp that maybe Manchester City and Liverpool should swap trophies this year – but there was some truth in that joke, I think.

“He’s won every trophy in England with Manchester City and he knows that winning the Champions League with them would take them to the next level as a club.”

See also – Best of the 2010: Champions League Team of the Decade