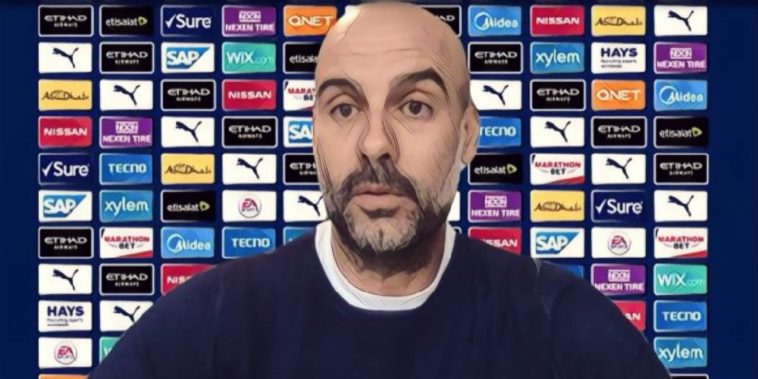 Guardiola’s side host the newly-crowned Spanish champions in the second leg of their last-16 tie next Friday, holding a 2-1 advantage following a superb performance in winning at the Bernabeu in February.

City will be confident of progress but face a Real Madrid side in buoyant mood following their title success, the record 13-time winners having won 10 consecutive fixtures before a 2-2 draw with Leganes last weekend.

Guardiola has warned his side they must be at their very best to reach a last-eight meeting against either Lyon or Juventus, insisting City must play an ‘exceptional game’ to beat a side steeped in European pedigree and experience.

“Real Madrid and City both want to go through,” said Guardiola at his pre-match press conference. “They have more experience and we know that to go through, we have to do an exceptional game to beat them.

“We have to focus. We will train and prepare as best we can do.”

City first finish their Premier League campaign with a final day meeting against relegated Norwich on Sunday before facing off against Real at the Etihad on August 7th.