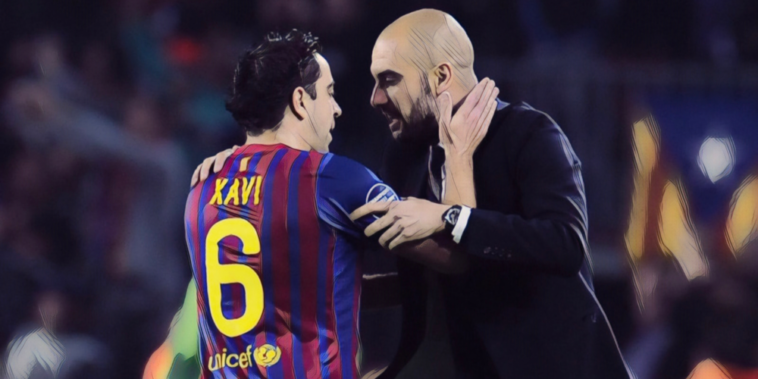 Pep Guardiola insists Xavi is ‘ready’ to take on the Barcelona job following Ronald Koeman’s sacking at the Camp Nou.

Xavi looks set to be named as Barcelona’s new head coach after the club’s decision to sack Koeman, with the Spanish side currently ninth in La Liga following a disappointing start to the campaign.

Guardiola has kept a close eye on developments at his former side and believes the incoming Xavi is ‘ready’ to take the position, having been both a teammate and coach of the former Spain international during his time at the Camp Nou.

Guardiola was handed the reigns at Barcelona despite his limited experience in 2008 and the Manchester City manager outlined his belief that Xavi – who has been coaching Qatari side Al Sadd – can make a success of the position.

The Spaniard also sympathised with Koeman following his departure, but conceded that managers can not survive without consistent results.

“Ronald and myself know exactly that we depend and live and we are there for the results,” he said ahead of City’s Premier League clash with Crystal Palace.

“Nobody can survive without good results, not Koeman or Pep. All I can say is he’s a friend of mine, I wish him all the best, we can chat soon

“Xavi – I don’t know what’s going to happen. In case it happens I don’t have any doubts he’s ready to do the job. He knows the game, he has passion and I’m pretty sure he has more experience now than I had when I took over.”

Read – Xavi – 10 of the best quotes about the Barcelona legend