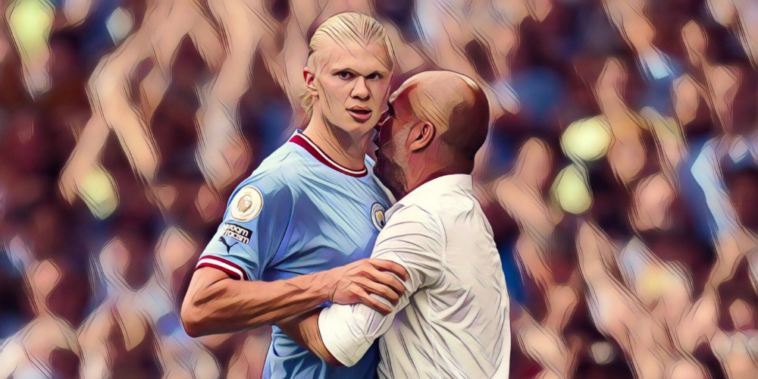 Pep Guardiola insists there is ‘still room to improve’ for Erling Haaland despite the forward’s impressive start at Manchester City.

Haaland has made an immediate impact since his hugely anticipated arrival from Borussia Dortmund during the summer, with the 22-year-old having scored six goals in just four Premier League fixtures.

Haaland hit a hat-trick as City came from behind to beat Crystal Palace 4-2 on Saturday and is the early leader in the race for the Premier League’s Golden Boot.

Speaking ahead of Wednesday’s clash with Nottingham Forest, Guardiola insists he had no doubts that Haaland would be a success but insists the Norwegian can still improve as he adapts to City’s demands and a new league.

“We didn’t have doubts. We’ve had just a month of competition, many more games to come this year. There is still room to improve, to be a better player and we are working on that,” Guardiola told his pre-match press conference.

Guardiola has hinted that Haaland will be rested during a period of six games in just 18 days for his side, with Julian Alvarez – who impressed off the bench against Palace and is awaiting his first Premier League start – offering an alternative.

“When Erling doesn’t play, we will play Julian, almost sure. We are really impressed with him, his pace, his sense of goal and his work ethic.”