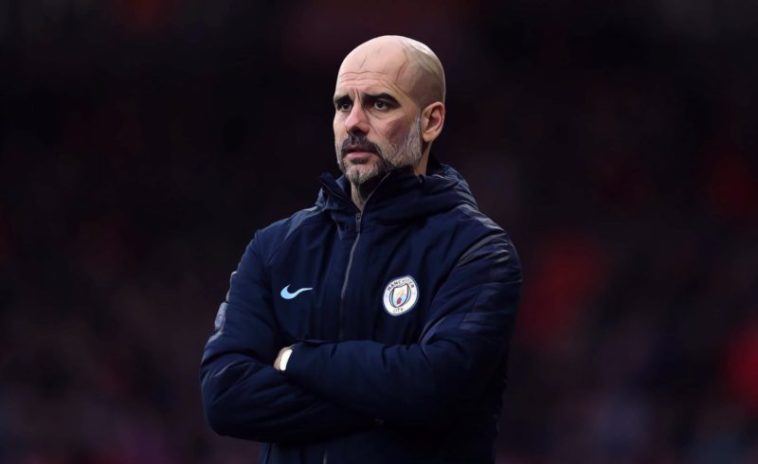 Pep Guardiola has insisted that he’s not even thinking about the UEFA Champions League final, ahead of this weekend’s intriguing clash with Chelsea at the Etihad.

League leaders Manchester City have all-but wrapped up yet another Premier League title, the club currently 13 points clear of second-placed Manchester United with only four games left to play.

While a third title in four seasons is a matter of when and not if, the prospect of clinching a first ever Champions League trophy is still very much up for grabs, with City set to face rivals Chelsea in an all-English clash on 26 May.

Securing a major European title has seemingly been the real aim since the former Barcelona boss arrived at the club in 2016, the 50-year-old having previously triumphed in the competition while at the Nou Camp, beating Sir Alex Ferguson’s United side in both 2009 and 2011.

Although that huge clash against the Blues will be City’s ultimate goal, Guardiola has insisted that he’s not even thinking about the final just yet, ahead of a dress rehearsal with Thomas Tuchel’s side on Saturday evening in the league.

“If we played the final in one week, six days, there could be,” he said at his pre-match press conference.

“But after tomorrow there are 21-22 days. Many things can happen. We just have to focus.

“Right now, believe me when I say, there is not one thought about the final of the Champions League”

“But congratulations to Chelsea. They made two good performances against the king of this competition in Real Madrid.

”We are going to try to play with the players we decide who suit perfectly for the way they play and have the qualities to beat them.”