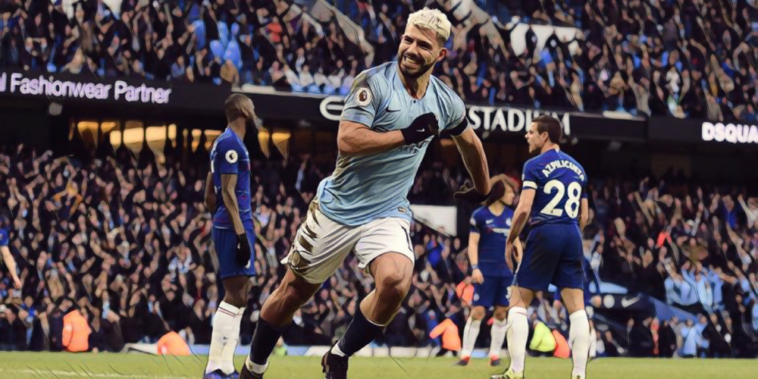 Manchester City host Chelsea in the Premier League this weekend, a meeting between two sides who have regularly contested English football’s biggest prizes over the past decade.

Both sides have seen their respective histories forever changed following billionaire investment since the turn of the millennium, each enjoying the most successful periods of their existence during the ownerships of Roman Abramovich and Sheik Mansour respectively.

Ahead of the latest clash between two of England’s most successful sides of recent seasons, we’ve decided to look back at some of their most memorable modern meetings.

Manchester City’s trip to face Chelsea during the 2009/10 season had the added spice of the Wayne Bridge/John Terry feud pre-match, the former failing to shake the hand of the Chelsea captain following the revelation of Terry’s affair with his ex-teammates former partner.

Whilst much of the pre-game talk surrounded the personal lives of the pair, the match itself lived up to the billing as Manchester City inflicted a first home defeat of the season on the league leaders.

Frank Lampard had opened the scoring with a low finish for Chelsea, but City roared back to boost their Champions League hopes through goals from Carlos Tevez and the impressive Craig Bellamy.

Roberto Mancini’s visitors took control of the game after Tevez netted his second from the penalty spot, an incident that saw Juliano Belletti sent off for a trip on Gareth Barry.

Bellamy’s second made it four before Michael Ballack’s dismissal saw Chelsea reduced to nine, Lampard’s second strike of the afternoon in stoppage-time little more than a consolation for the beaten Blues.

City had failed to score in their previous eight visits to Chelsea before this resounding win, securing a first league double over the west Londoners since 1957.

Manchester City met Chelsea in a huge clash early in the 2015/16 season, a meeting between the two winners of the Premier League over the past two campaigns.

It was the home side who made an early season statement of intent after thrashing champions Chelsea at the Etihad, the west London side outclassed on a humbling afternoon in Manchester.

Sergio Aguero had been denied on several occasions by Asmir Begovic in the opening periods before scoring his side’s first just after the half hour mark, before the home side’s dominance was rewarded in the second half through further goals from Vincent Kompany and Fernandinho.

The defeat came just a week after Mourinho’s public spat with Chelsea’s medical staff following the club’s opening fixture with Swansea, the unrest just the start of a dismal title defence that saw the Portuguese sacked in December with the club 16th in the Premier League.

The following season and it as Chelsea who laid down a marker in their pursuit of the title, a resurgent side – now under the guidance of Antonio Conte – winning in style at the Etihad.

Chelsea headed into the clash as Premier League leaders but found themselves behind at half-time, Gary Cahill’s unfortunate own goal putting the Blues behind in first-half stoppage-time.

Kevin De Bruyne missed an incredible chance after crashing the ball against the crossbar with the goal gaping shortly after the break, an error that came back to haunt the midfielder against his former side as Chelsea bounced back.

Diego Costa shrugged off a challenge from Nicolas Otamendi to fire home an equaliser, before Willian raced in behind to net a second and put the league leaders ahead for the first time.

Chelsea sealed all three points as Eden Hazard scored on the counter to record his side’s eighth consecutive league win, frustrations boiling for City as Sergio Aguero was sent off in stoppage-time for a wild challenge on David Luiz.

Tempers continued to spill over for Pep Guardiola’s team with Fernandinho also sent off for an angry confrontation with Cesc Fabregas, the home side dominant for much of the contest before being undone in ruthless fashion on the counter.

Pep Guardiola would claim his side were ‘fantastic’ despite suffering a first league defeat of the season in December 2018, the club’s unbeaten record ended despite a game they largely dominated at Stamford Bridge.

City had been crowned champions the previous season in record circumstance, becoming the first team in English football history to reach 100 points in a top-flight campaign.

Under renewed threat from Liverpool during the 2018/19 season, they nonetheless travelled to Chelsea unbeaten in 21 league games overall and 14 away from home.

Despite enjoying the lion’s share of possession and creating better of the opportunities, Guardiola’s team were hit with a sucker punch on the stroke of half-time as N’Golo Kante’s emphatic finish put Chelsea ahead against the run of play.

Chelsea improved after the break but were forced to dig deep and defend for much of the clash, before snatching victory against the odds as David Luiz glanced home a corner to make it 2-0.

If Manchester City’s wastefulness had cost them dearly at Stamford Bridge in the first meeting, there were no such concerns following a ruthless dismantling of Chelsea in the return fixture.

Pep Guardiola’s side returned to the top of the Premier League in stunning style following an exhilarating attacking performance at the Etihad, Sergio Aguero equalling the divisional record for trebles after netting a hat-trick.

City were thee goals ahead inside the opening 19 minutes as Raheem Sterling’s early opener was followed by two goals from Aguero, with Ilkay Gundogan making it four without reply before the half hour mark.

Guardiola’s title contenders showed few signs of letting up in the second half as Aguero completed his hat-trick from the penalty spot, moving level with Alan Shearer on 11 Premier League hat-tricks.

Sterling’s second from close range put the gloss on an emphatic victory for City, the third of 14 consecutive league victories as the club retained the Premier League title by just a single point from Liverpool.