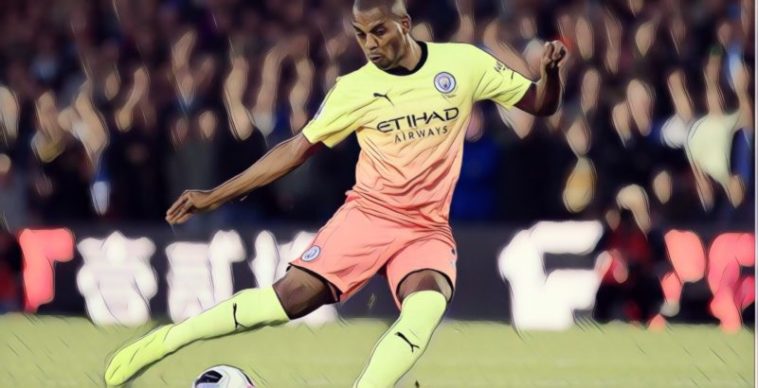 Pep Guardiola praised Manchester City’s makeshift defence after watching his side close to gap on league leaders Liverpool to five points with a 2-0 win at Crystal Palace.

The Premier League champions lined up at Selhurst Park without a recognised central defender following an injury to Nicolas Otamendi, with midfielders Fernandinho and Rodri both utilised in unfamiliar defensive roles in Guardiola’s back four.

Their depleted defensive options mattered little, however, as two goals in two first-half minutes from Gabriel Jesus and David Silva secured a win which closed the gap to the top ahead of Liverpool’s visit to Manchester United on Sunday.

Guardiola was impressed after seeing his makeshift line up secure an important win and clean sheet, with the midfield duo’s ability to play out from the back proving vital to City’s success.

“Our build-up was quicker because they have more intelligence and they pass the ball so well because they are central midfielders,” Guardiola told Match of the Day.

Speaking to Sky Sports following the game Guardiola admitted it was Rodri’s first time playing as a central defender, the Spaniard thrust into action following the absence of Otamendi and Kyle Walker through injury.

“Rodri did not train one day in that position. The back four responded well I think.”