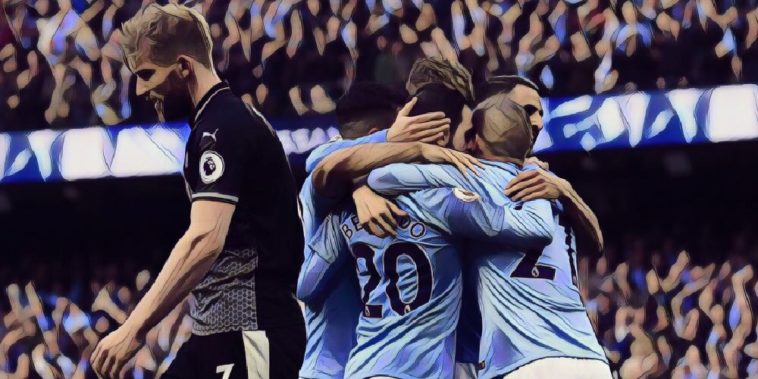 Manchester City enjoyed a comfortable 5-0 home win over Sean Dyche’s Burnley side today to see them maintain their place at the top of the Premier League.

Goals from Sergio Aguero, Bernardo Silva, Fernandinho, Riyad Mahrez and Leroy Sane made it a fine afternoon at the Etihad, which was further boosted by the return to action of Kevin de Bruyne, who has missed almost the entire season through injury.

Speaking after the game, Man City boss, Pep Guardiola, was taking all the positives from the game:

“After we scored the second goal and third it was much easier. And of course, it’s good news that Kevin De Bruyne is back,” he told the BBC.

“I don’t know if it was a penalty [for the second goal], but the referee didn’t decide that and you have to keep going. The finish from Bernardo [Silva] was excellent. The goals were so outstanding, beautiful, beautiful goals and three more points.”

City have really clicked back into gear in recent weeks and are looking comfortable favourites for the Premier League title again.

Kevin De Bruyne’s return was the icing on the cake for Guardiola and his side. As well as being strong favourites for the league title, this City team will be confident of breaking that 100-point barrier as well, just as they did last season.