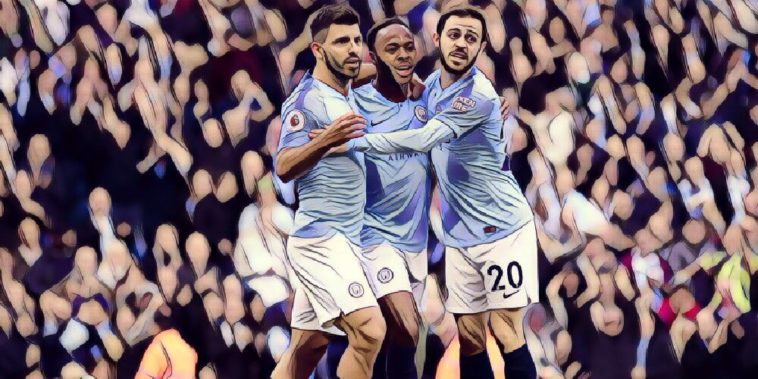 Pep Guardiola has said that his Manchester City side was ‘outstanding’ as they beat Brighton and Hove Albion 2-0 at the Etihad this afternoon, as well as praising goalscorer Raheem Sterling’s contribution to the game.

Man City moved to the top of the Premier League with the victory over the Seagulls, which in true Pep Guardiola fashion, they dominated from start to finish.

Despite their dominance, they came up against a well drilled Brighton defence who have already beaten the likes of Manchester United this season, and speaking after the game, Guardiola was delighted with his sides patience and positional play.

“(We were) Outstanding. Our positional game was fantastic and we didn’t concede much in shots and we did it so good.

“Brighton defended so well and I give a lot of credit to the way we attacked today. We are so fast on the counter-attack and it was quite similar last season.”

Guardiola also said he was happy for his much criticised forward Raheem Sterling after he opened the scoring in the first-half.

“We cannot forget they are still young players and they always need to improve. Raheem is always a guy who wants to score and create chances so we are very happy for him and the team.”