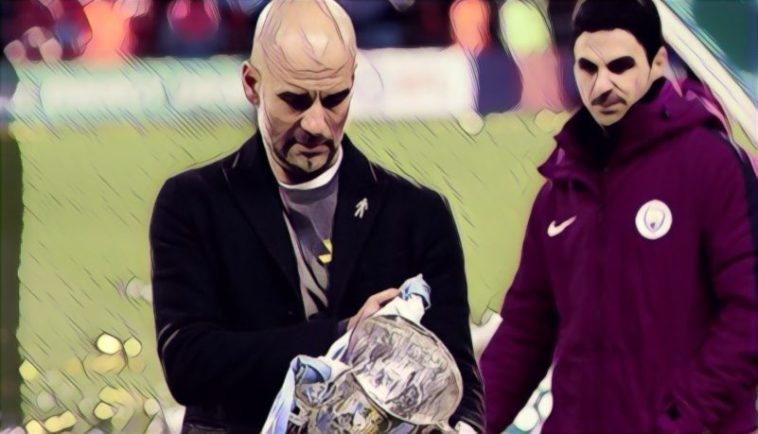 Pep Guardiola praised the ‘personality’ shown by his Man City side as they beat Chelsea on penalties in the Carabao Cup final this evening.

It was an entertaining final in North London, with both teams having a number of chances to score during both normal and extra time, although it was Man City who were ultimately victorious during the penalty shootout.

Raheem Sterling struck the winning spot-kick following misses from Jorginho, David Luiz and Man City’s Leroy Sane, and speaking after defending the Carabao Cup, Pep Guardiola said that it was his side’s personality that got them over the line in the shootout.

“Of course I’m happy. Compliments to Chelsea, they played an incredible performance. I’m happy to win back to back in this competition for the first time in the club’s history,” the Catalan told Sky Sports.

“The important thing when it comes to penalties is personality and we did it.”

Having dispatched Chelsea 6-0 just two weeks ago when they met in the Premier League, Guardiola was asked if was pleasing to see his side triumph while not being at their sparkling best.

“We played incredible players, Chelsea have incredible quality and after the result two weeks ago we knew it would be more difficult. It was a final,” he said.

“Being in so many competitions is demanding and tough and we have players injured.”

The Carabao Cup represents the first of a potential four trophies this season, with the Citizens being within a point of league leaders Liverpool, and still in the FA Cup and Champions League. However, when asked if he can he build a dynasty at City like he did at Barcelona, Guardiola refused to compare his tenure at the Camp Nou to the job he has now.

“I’m not going to compare. What we did in Barcelona is unique. This is new players, new club, now we will see how far we can go.”