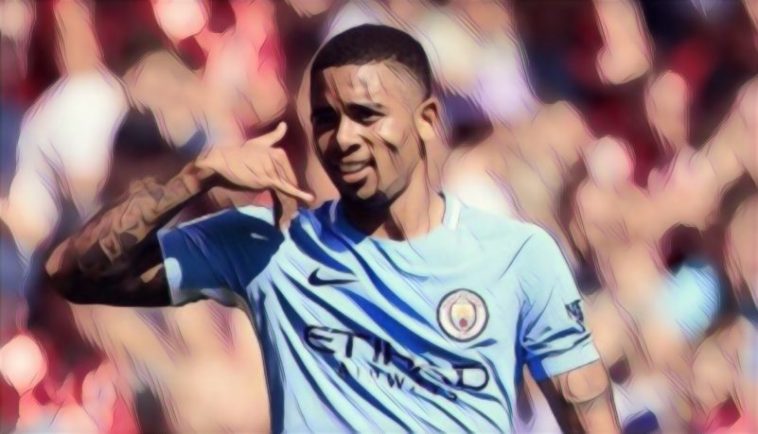 Jesus is rated as one of the finest young attackers in World Football, and has been a massive hit at City since joining for £27 million in January 2016 from Palmeiras in his homeland.

The 21-year-old has scored 20 goals in 38 Premier League appearances so far for the Citizens and played an integral part in his side romping to the title last season in record-breaking fashion.

Jesus this week committed his long-term future to Manchester City when he signed a new contract runs until 2023, with Guardiola admitting that it is difficult to find another young striker as good as the Brazil international.

“Gabriel has improved a lot since he came. His courage, his fight to put every effort for the team is incredible,” Guardiola told the press ahead of his sides Community Shield fixture against Chelsea tomorrow.

“I never met one striker who fights like he fights for the team and he’s able to improve, he always wants to know what he can do better and that is fantastic.

“So, congratulations to him. Thank you so much to Gabriel for trusting us, to stay longer with us and of course for the club to make this effort to keep him with us for the next years.

“He is so young and to find a striker with his qualities is complicated.”