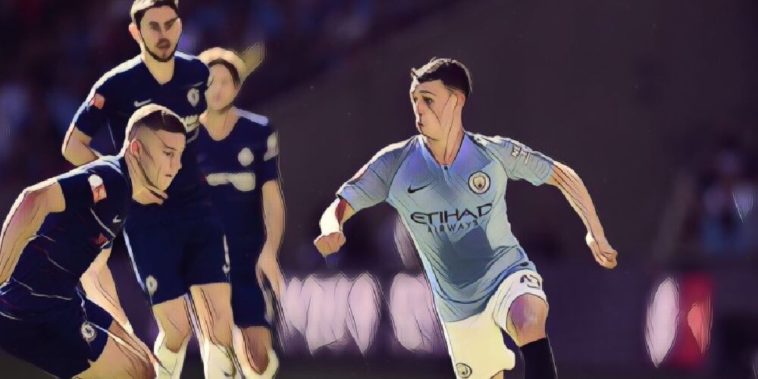 Pep Guardiola has said that Phil Foden is ready to take a starring role in the Premier League this season.

Manchester City have long been criticised for not bringing players through their impressive academy system, however, local lad Phil Foden looks set to buck that trend.

With Kevin de Bruyne not yet ready to return to action after his run to the World Cup semi-finals, Foden was afforded a chance in the City midfield for this afternoon’s Community Shield victory over Chelsea at Wembley.

Not only did the youngster put in an accomplished performance, he even bagged himself an assist as he comfortably slotted into the Citizens midfield in place of the Belgian midfielder.

The Premier League champions ran out 2-0 winners, with Sergio Aguero scoring his 200th and 201st goals in a City shirt, with Foden setting up the first with a well weighted ball.

Asked if he was ready to play in the Premier League, Guardiola told BT Sport:

“Yes. He was last season.

“He is one year more mature. He was training all the season with us so he fought with all our players, so that is why it is so good to have another player with this talent.

“He is a Manchester City fan, he is a Mancunian, that is why for us he is so good.”