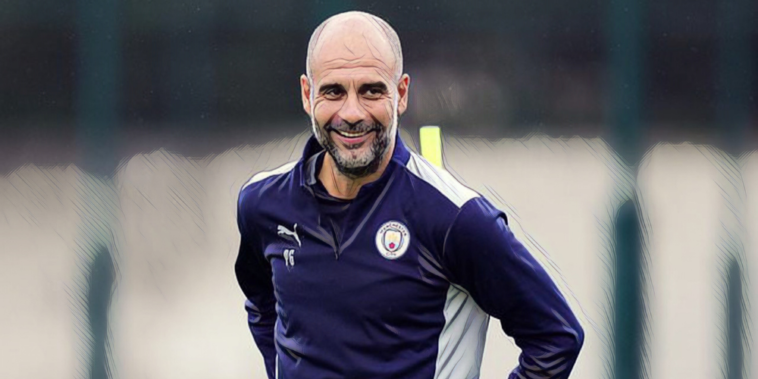 Man City travel to face an Aston Villa side who have enjoyed a new-manager bounce since Gerrard’s appointment, winning successive fixtures against Brighton and Crystal Palace to climb up the division.

Guardiola is anticipating a difficult test against Gerrard’s side, praising the abilities of one of the division’s newest managers.

“If he [Gerrard] is a manager in the Premier League, he’s already a good manager,” Guardiola told his pre-match press conference.

“I don’t believe there is one single manager in the Premier League or the Championship who doesn’t have quality. These are incredible managers, who can train players to fight for the titles.”

Guardiola believes the desire of the Villa players to impress the new head coach has helped secure back-to-back wins for tomorrow’s opponents, with the Spaniard believing his side will need to be at their best to secure a positive result.

“I can imagine when you are a new manager everybody makes a step forward to convince the manager and because of that they got two results against tough teams like Brighton and Palace.

“We are travelling there and I can imagine we will face the toughest game possible.”

The 50-year-old also provided an update on his squad ahead of the clash, confirming that Kevin De Bruyne has not yet returned to training after testing positive for Covid-19.

🗣"We can never say that is unfair Leo Messi wins the Ballon d'OR."

Pep Guardiola says Messi is too good tor anyone to say his award was unfair pic.twitter.com/z2hxEMQTWE

Jack Grealish – who could make his first return since leaving Aston Villa in a British transfer record deal last summer –  and Phil Foden also remain doubts, though the midfield duo have returned to training and will be assessed ahead of the trip to Villa Park.

“Kevin still hasn’t trained,” said Guardiola. “He was negative for the last [Covid] test but could not train.

“Jack, yesterday was the first minutes with the team and Phil too. Both will be tested to see if they can travel tomorrow to Birmingham.

“Kevin needs to be fit to show his top quality. Phil and Jack are still in the same position, the same situation. Maybe they can play tomorrow, but maybe not a lot of minutes. The doctor will see tomorrow.”

There was more positive news on John Stones with Guardiola confirming the availability of the centre-back, though Aymeric Laporte remains sidelined.

“Yeah. He is good, yeah,” Guardiola confirmed when asked on Stones. “We are a few people short. Aymeric Laporte is out.

“We have to come back. We never complain when the players can’t play for injury or red cards, for any reason.

“I trust all of the squad and when one can’t play another comes in.”