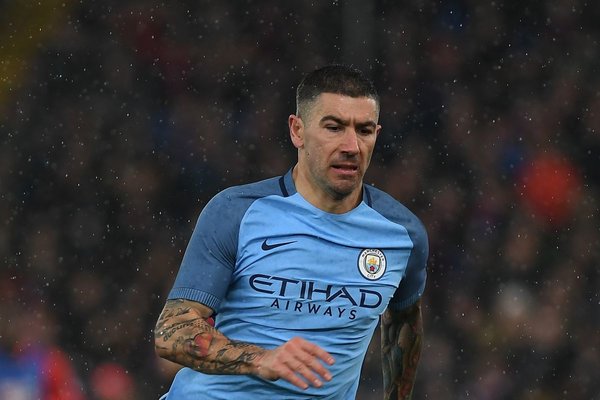 The Serbian has spent seven years at the Etihad, scoring 21 goals in 243 appearances for the club. However, that time now looks to be over after telling Pep Guardiola that he wants to leave the club this summer.

The 31-year-old was a regular under Guardiola last season, playing at both left back, and a more unfamiliar role as a centre back, making 39 appearances. However following his discussions with Guardiola and club officials, it looks as though the defender will complete a move to a Serie A club, Roma.

Speaking in a post match press conference following Manchester City’s defeat to Manchester United in Houston, Texas, Guardiola explained why he selected Fernandinho and Mangala were utilised at left-back, and revealed Kolarov’s decision to leave:

“Kolarov is one step to go to Roma. That’s why we don’t have any other options [at left back]

“I don’t like to work with the people who don’t want to stay.

“Kola helped me a lot last season in terms of many many things, but he has a big chance to go back to Rome where he was before and he spoke to me and the club, especially to me, and asked me he would like to leave.

“I don’t like to leave with the players that don’t want to stay, that’s why it’s the best option of everybody, especially for him, and I wish him all the best because he is a really nice guy.”

The defender has one year left on his contract at the Etihad, but now looks set to return to the Italian capital after spending three seasons with Lazio between 2007 and 2010 before moving to Manchester City.