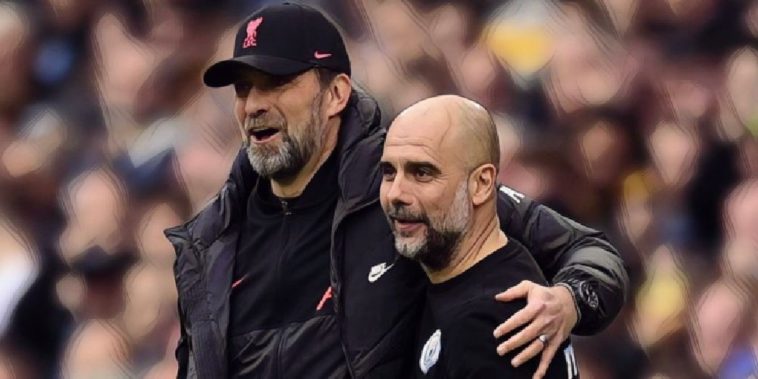 Pep Guardiola has clarified his comments that ‘everyone supports Liverpool’ ahead of the final game of the Premier League season.

Manchester City and Liverpool have again contested the Premier League title with City one point ahead at the top of the division, with destination of the title undecided ahead of Sunday’s final fixtures.

Guardiola made headlines earlier this month when he suggested there was favouritism towards the Reds, with the City boss insisting ‘everyone’ was in support of Liverpool’s title challenge.

“Everyone in this country supports Liverpool, the media and everyone,” Guardiola told beIN Sports.

“Of course because Liverpool has an incredible history in European competition. Not in the Premier League, because they have won one in 30 years, but it is not a problem at all.”

Speaking at his pre-match press conference ahead of City’s clash with Aston Villa at the Etihad, Guardiola has now moved to clarify his comments.

“I’m sure my English isn’t good after four, five years. I said in the time you arrive for the titles, the teams with more history have more supporters.

“It happens in Spain, Germany, Italy. We are outsiders in the last decade. Liverpool fans want to win, I’m not saying all the country are Liverpool fans but in general they are a team with more titles.

“In countries all around the world there are teams people support more than the other ones. Liverpool, United, Arsenal have a lot of history, we are new.

“It’s why we feel it’s a privilege and won’t waste this opportunity to enjoy the 95 minutes.”