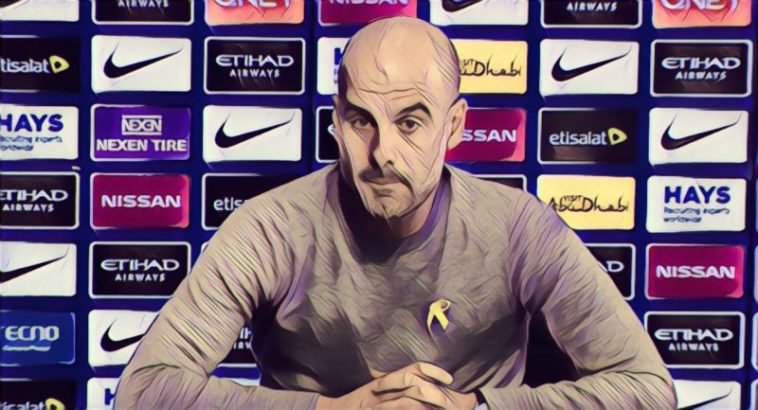 The Cityzens knew they had an uphill challenge in order to qualify for the Champions League semi-finals having lost the first leg 3-0 at Anfield last week. They gave their fans hope after scoring after just two minutes, and thought they had grabbed a second when Leroy Sane stabbed home, only to see it incorrectly ruled out for offside.

Speaking after the game, Guardiola revealed that he was sent to the stands due after confronting the Spanish referee at half time about the decision:

“I said [to the referee] it was a goal, Milner passed it to Leroy and I said it was a goal and that’s why he sent me off. It’s different to go in at half-time 2-0. I didn’t insult him, I just said: ‘Mateu, it is a goal’.

“When you go to half-time at 2-0 against that side it is a bit different. The second half of course – the first goal was big quality from Salah, we had to change the way we played.”

Guardiola did however suggest that Lahoz enjoyed being the centre of attention and often made incorrect decisions, calling him “special”:“I know him from Spain so I could imagine that. I was polite, I was correct. Mateu Lahoz is a special guy, he likes to be different, he likes to be special.

“He’s a referee who likes to feel different, he’s special. When everybody sees things he is going to see the opposite. It’s too much to send off because I didn’t say any wrong word.

“The first goal at Anfield is offside from Salah, in these kind of games and competition the impact is big. The goal from Gabriel Jesus at Anfield is a goal, it is not offside and it is a penalty on [Raheem] Sterling from [Andy] Robertson in front of the fourth official. Of course that is an influence.”