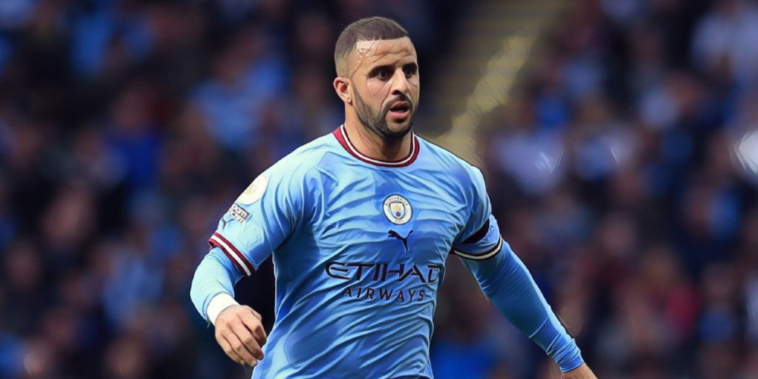 Pep Guardiola has suggested that Manchester City duo Kyle Walker and Kalvin Phillips can return in time to feature for England at the World Cup.

Walker and Phillips are both doubts to make England’s squad for the tournament which begins next month, as the duo recover from groin and shoulder injuries respectively.

Walker has not made an appearance since being substituted during City’s 6-3 win over Manchester United in early October, while Phillips has featured for just 14 minutes in all competitions since his summer arrival from Leeds.

Speaking at his pre-match press conference ahead of the club’s clash with Sevilla on Wednesday, Guardiola provided a positive update with the duo nearing a first-team return. Gareth Southgate will announce his England squad for Qatar on November 14.

“It’s likely [they can be ready], the way they recover. I don’t know intentions for Gareth. He spoke with them regularly. They know better than me, What I hear in the dressing rooms can be ready. You don’t play a World Cup every week.”

Guardiola discussed the impact of a winter World Cup on the season and believes the mid-season tournament provides coaches with a chance to reflect and recharge ahead of the remainder of the campaign.

“The international break normally for staff and myself allows us to take a break. Unfortunately for the players, it cannot happen,” he added.

“I can talk to the staff and I have more time. You have time to refresh your minds and everything.

“When you have a game every three or four days you sometimes don’t have enough time to review the previous game.”