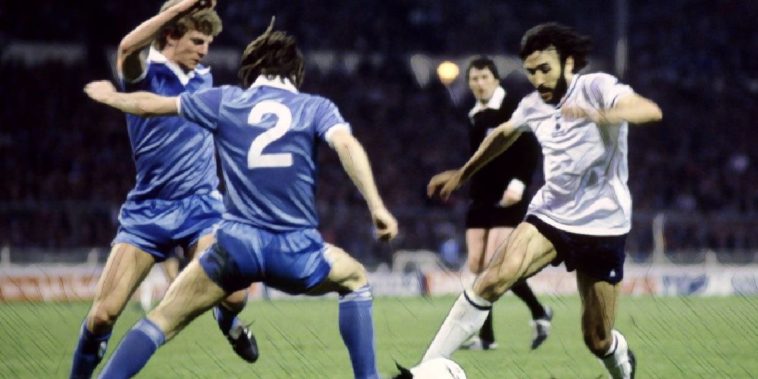 Sentimentalists may insist that the magic of the FA Cup is still alive and well but in truth its alchemy vanished quite a long time ago.

These days the competition’s final, that was once the centrepiece of football’s calendar, is shoved around the schedules, bookmarked by league commitments. These days it acts as a consolation prize for the ‘big six’ who utilize their enormous squads to navigate each round with relative ease, only coming unstuck when they encounter another member of the elite.

Cynical? Possibly. But can anyone say different?

What is unquestionably true is that in comparison to its lofty and treasured status of yesteryear, FA Cup finals in the 21st century are almost a completely detached entity. Now, unless your team is involved, you remember its existence on the morning of the game. “Oh yeah, the cup final is on later”. Back then, before the Premier League, and the internet, and wall-to-wall live football, oh wow, it was absolutely everything.

It used to unite the country. That can be said without exaggeration. Entire families would watch it together with kids wide-eyed and ready to run out into the street to recreate the winning goal. It is impossible to estimate its standing in British culture and society as a whole.

So, it naturally follows that having a blinder in a game of such magnitude could be enough to instantly make a player a household name and below are two examples of this: perfectly ordinary footballers with ordinary C.V.s who lit up the biggest stage of their life and by doing so their names are forever enshrined in football folklore.

Elsewhere, two other inclusions picked themselves. Indeed, you probably thought of them when you saw the title.

And lastly, we have a more recent instance of a player ensuring that his legacy will always be aligned with that of the most celebrated cup competition in sport.

The magic of the cup may be a thing of the past but no-one will ever forget these five, and the eternal spells they cast on a nation.

On May 2, 1953 the renowned ‘Matthews Final’ played out in front of a 100,000 strong Wembley crowd and it’s hard not to think kismet had a role as it secured a very special place in history. Certainly, there was a perfect storm of circumstances.

The Blackpool winger was universally loved and admired regardless of fan allegiance and at 38 this was considered his last opportunity to win a FA Cup after losing twice before in finals. It also mattered that the Queen’s coronation was just a few weeks away meaning a great many television sets had recently been purchased. The final between the Tangerines and Nat Lofthouse’s Bolton is believed to be the first sporting event broadcast via the medium.

In a seven-goal classic, the veteran flyer set up Bill Perry for a dramatic winner with just seconds remaining and this after also assisting Stan Mortensen for Blackpool’s second.

Of course, it’s relevant that Mortensen got a hat-trick that day and of course later generations would wonder why Blackpool’s incredible comeback from 3-1 down was not named after him.

Footage of the final whistle reveals why. Putting aside their own disappointment half of the Bolton side approach Matthews to shake his hand, their grins broad. The great old man had finally done it.

Montgomery made a record 627 appearances for Sunderland and though a fine keeper it can reasonably be assumed that in only one of those games did he pull off a double save that defied physics; that bewitched and stumped onlookers in equal measure.

What perfect timing then that his astonishing, once-in-a-lifetime heroics were reserved for the Mackems’ most famous ever victory with the onlookers amounting to almost a whole nation.

Leeds United were the red-hot favourites for the 1973 cup final having lifted the trophy twelve months earlier. Here they faced Second Division Sunderland, dreaming of the unlikeliest of upsets.

An opener from Ian Porterfield gave that dream credence but only jolted Leeds into mounting wave after wave of attacks. Halfway through the second period the iconic moment happened.

The initial parry from Trevor Cherry was in truth a save Montgomery would be expected to make but unfortunately for him the ball landed at the feet of Peter Lorimer, known for his fiercest of shots. From ten yards out the midfielder seemingly couldn’t miss.

In the same movement that sent him sprawling to the deck Montgomery sprang up, the ball hitting – possibly – the back of his hand. It ricocheted off the underside of the crossbar and away to safety.

Such a miracle gives a side hope. It led to one of the cup shocks of the century.

Tottenham caused quite a stir when they signed Villa and his fellow countryman Ossie Ardiles in 1978. If bringing over foreign talent was still a novelty back then, recruiting two superstars who had recently won the World Cup with Argentina was positively mind-blowing.

Yet, the silky-smooth attacking midfielder struggled at first to acclimatize to the frenetic demands of English football, albeit showing some lovely touches here and there. “It was hard for me,” he later admitted. “It was all long balls.”

An anonymous outing in the 1981 FA Cup final hardly helped his cause, and when he was substituted in the second half a narrative strengthened that his time in Blighty would be deemed a failure.

That all changed in the replay, four days later and memorably so. Having already poached Tottenham’s first early on, Villa took possession of the ball halfway in Manchester City’s half with the game poised at 2-2.

With his long hair flapping, the Spurs wizard slalomed his way through three defenders, slotting the ball under Joe Corrigan to complete arguably the most well-known and brilliant individual goal ever witnessed at Wembley.

The 1987 FA Cup final between Coventry City and Spurs was a stonewall classic with the Sky Blues winning out 3-2 in extra-time.

The iconic moments from this unforgettable ding-dong affair remain crystal clear even now, from manager John Sillett gurning and dancing with the trophy to the utter dejection of ‘Mr Tottenham’ Gary Mabbutt after cancelling out his earlier goal by deflecting a cross into his own net.

Clearest of all though, by a country mile, is Keith Houchen’s diving header to bring the sides level at 2-2. It was a real Roy of the Rovers goal, in a cup final no less.

The striker’s career path that had taken him to Coventry was signposted with York and Scunthorpe and Leyton Orient. He was a journeyman all told. Yet now he was immortal.

It was later revealed that Houchen very nearly missed the game after getting food poisoning from a trout caught by Coventry’s reserve goalie. Some things are just meant to be.

In 2014, the Welsh midfielder prodded home an extra-time winner against Hull to secure Arsenal an eleventh FA Cup. Three years later he headed another winner, this time breaking Chelsea hearts.

Nothing better illustrates the devaluing of the competition that these two acts. Because if Ramsey had scored two separate cup final winners in the Seventies or earlier statues would be erected in his honour. Plural.