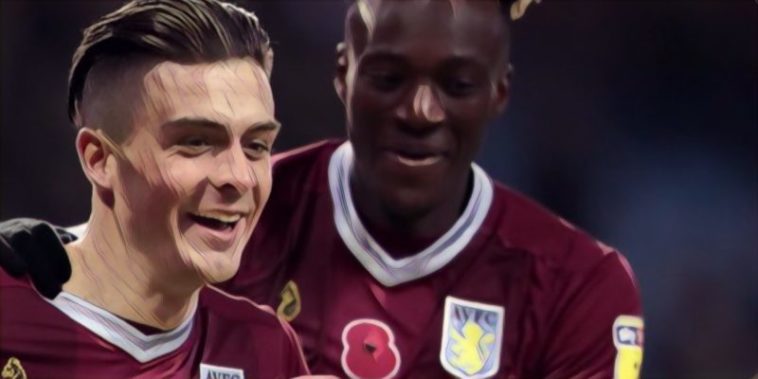 Jack Grealish has expressed his desire to get back to the Premier League with Aston Villa this season, after a failed move to Tottenham Hotspur this summer.

The talented midfielder helped Villa to the play-off final last season, where the Villains lost out to Fulham in their chase for promotion. However, the midfielder almost returned to the Premier League with Spurs having been highly interested in the midfielder this summer.

But, the move broke down and the youngster was forced to make peace with life in the Championship, although he insists he is continuing to work hard to help Villa get to the top.

“The speculation was difficult to deal with because every young player wants to play at the top, especially when it’s a team in the Champions League,” Grealish told Sky Sports.

“But when it didn’t happen, it didn’t bother me at all, because my dream as a kid was to play for Aston Villa and I would never ever take that for granted, so I got my head down and now hopefully I can get this club back to where it belongs.

“I’m playing for my boyhood club, I’ve got a great manager who believes in me.

“If you look at our recent performances, we’re a team on the up and hopefully we can get back to the dreamland, which is obviously the Premier League.”

Villa take on West Brom this weekend, as they travel to the Hawthorns for a Friday evening fixture.