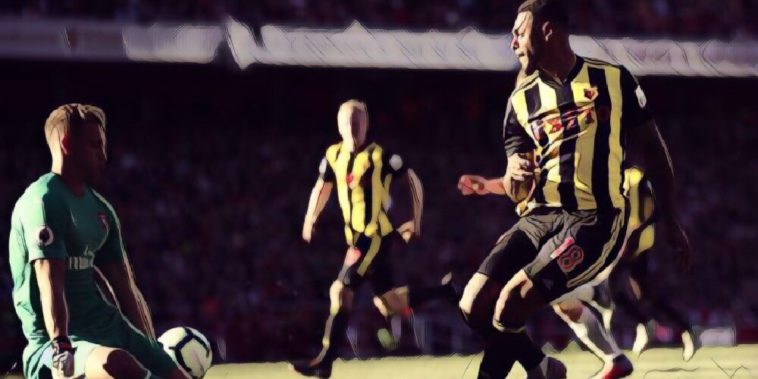 Watford were left to wonder what might have been after squandering several chances to take the lead against Arsenal today.

As it happened, The Gunners went on to score two second-half goals of their own, winning 2-0, to take all three points. Watford striker, Andre Gray spoke about how disappointed the Watford players were at their lack of ruthlessness in front of goal.

“I thought we had the better chances. Not being ruthless has let us down again. We have been punished for it,” Gray told Premier League productions.

“We were made to pay. We weren’t ruthless at the other end of the pitch and against teams like Arsenal you will be punished.

“We have been playing well and should have got a lot more out of it. The main thing was not to lose the game. It would have been good to get a point but we have to take the positives out of it.

“Everyone knows their jobs and we appear to be gelling really well.”

Watford and Javi Gracia have made a great start to this Premier League campaign and they will be eager to get back on track when they host Bournemouth at Vicarage Road, next Saturday.