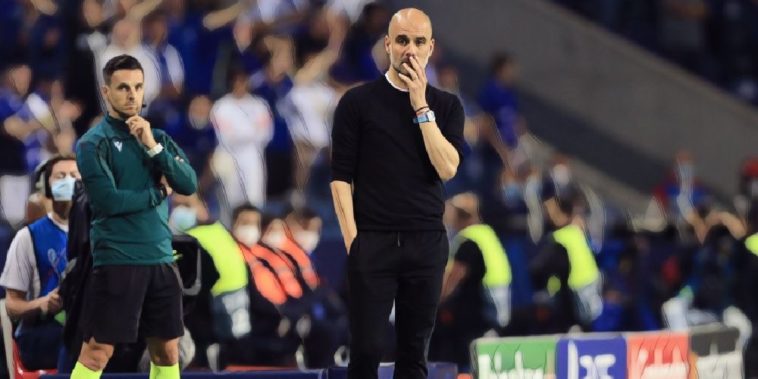 Manchester City hopes of finalising a historic treble and clinching a maiden European Cup were crushed at the last hurdle as they slipped to a 1-0 loss to Chelsea in Porto.

There were a few eyebrows raised as the team sheets were released pre-match, Pep Guardiola leaving out holding midfield duo of Fernandinho and Rodri, the Catalan opting for an attack-minded midfield three of Bernardo Silva, Ilkay Gundogan and Phil Foden, with Kevin de Bruyne deployed as a false nine.

While the last all English final – Liverpool’s victory over Spurs in 2019 – was a pretty boring and unforgettable final, this one was far from it, City and Chelsea at times producing a breathless and end-to-end affair, the west London side regularly looking to utilise the electric pace of Timo Werner on the break, with the German squandering a handful of early chances.

After a blistering start to the match, the breakthrough would finally come three minutes before the interval, Mason Mount playing a sumptuous through ball into the path of Kai Havertz, the summer signing taking a touch to take it past the onrushing Ederson before slotting into an empty net.

City’s hopes of getting back into the game were dealt a blow as Kevin de Bruyne was forced off on the hour mark following a challenge by Antonio Rudiger – the Belgian midfielder in tears as he left the field with a black eye.

Despite City having the majority of the ball, they weren’t able to truly exert the kind of control that we have so often become accustomed to seeing, Chelsea midfielder N’Golo Kante putting in another gargantuan display in the middle of the park to disrupt City, while Blues ‘keeper Edouard Mendy was rarely tested between the sticks.

It was the first time that a Pep Guardiola side reached the Champions League final since his Barcelona side dismantled Manchester United back in 2011, and despite missing out on the chance to claim a third winners medal, the City boss was gracious in defeat.

“It has been an exceptional season for us,” he told BT Sport. “It was a tight game. We had chances. We were brilliant in the second half, we were brave and we could not convert the chances as they were so strong. The players were exceptional. We come back maybe one day again!”

Asked about his team selection, he said: “I did what I thought was the best decision.

“[Kevin de Bruyne] got injured but that happens in this competition and in these games. We needed everyone.”

The game rounds of a long and arduous season, though the City boss is already making plans for his next assault on Europe’s biggest prize.

“The ambition now is to rest but then prepare for the next season. It was the first time we were at this stage. Hopefully we will be here again in the future.”