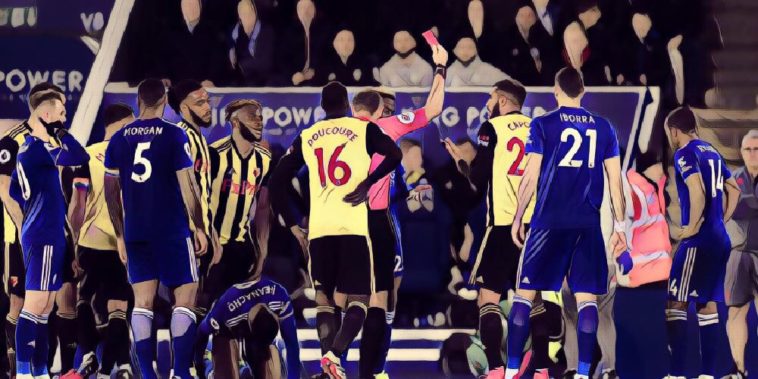 Watford lost 2-0 at Leicester City at the King Power Stadium on Saturday in the Premier League.

The result means Watford have now gone four games without a win ahead of a daunting home fixture against the seemingly-unbeatable Manchester City on Tuesday night.

Hornets manager Javi Gracia was left disappointed with his team’s finishing in front of goal:

“In the last games we are leaving with similar situations and we need to try and improve and finish better and then these games will maybe finish better for us,” Gracia told the BBC.

Gracia felt his team’s display deserved better and only for their failings in the final third it would have been a very different result.

“Today was a good performance in the beginning with more possession, 62%, but it wasn’t enough because we didn’t shoot on target. We are around the goal posts but didn’t finish and we need to improve in that situation.

“It is frustrating but now we cannot do anything we need to focus on the next game against Man City and be ready. We try to be demanding and be ready.”

Manchester City have only dropped points at Liverpool and Wolves this season. Watford’s early price of 10/1 for Tuesday’s fixture shows just how big of a challenge they are facing.