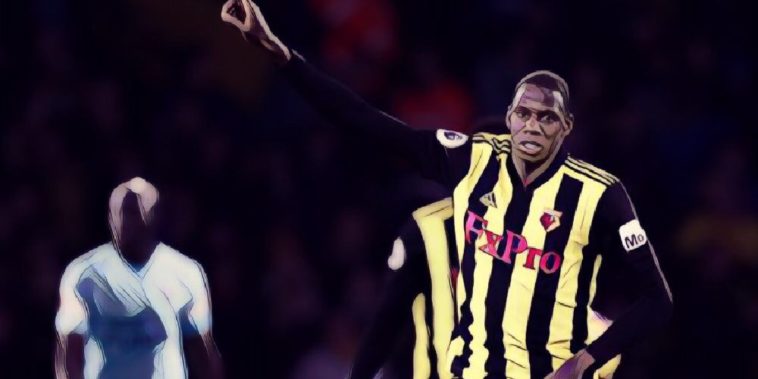 Watford boss Javi Gracia has said that he is not surprised that Abdoulaye Doucoure is reportedly a transfer target for a number of clubs around Europe.

The 25-year-old was heavily linked with a number of clubs last summer including Liverpool and Tottenham but he decided to stay at Vicarage Road and penned a new five-year deal.

Despite that though, he is once again being linked with a move away with French champions PSG thought to be interested, while former Hornets boss Marco Silva is keen to link up with him again at Everton.

Doucoure scored a crucial goal against yesterday to salvage a point against Newcastle, and speaking before the game game, Watford boss Gracia was full of praise for the French midfielder.

“For me Doucoure is a great player, a very important player for us. It doesn’t surprise me other clubs want to sign him because he’s a very good player,” Gracia said at his pre-match press conference.

“Last season, every week we were talking about Liverpool or Everton, all the clubs that were interested in him. We can speak about it again.

“In this moment he’s playing for us and I tried to help him to improve his level thinking he’s going to be with us for a long time.”

“For me it’s important, and the club know it and the owner as well,” he replied.

“But after that, they decide what is better for the club and sometimes some players, like last season what happened with Richarlison, then maybe something happens you don’t want.”