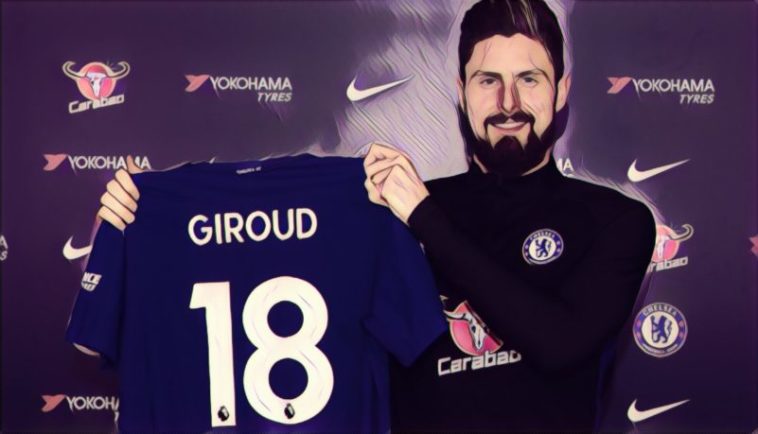 Chelsea’s deadline day signing from Arsenal Olivier Giroud has been speaking of his delight in joining Antonio Conte’s side.

The France international swapped the Emirates for Stamford Bridge in a £19 million move a couple of days ago, and speaking to Chelsea’s official website he said:

“I wanted to stay in the Premier League, amd Chelsea for me is perfect because I can even stay in London.”

Giroud signed a 18-month-deal with The Blues, as he looks to secure first-team football ahead of next year’s World Cup in Russia. Chelsea manager Antonio had been trying to sign a target-man striker all month, and the former Gunners striker certainly fits that profile.

The France forward is also said to have turned down a move Borussia Dortmund, as part of the deal that took Pierre-Emerick Aubameyang to The Emirates, due to his desire for him and his family to continue living in London.

Giroud joined Arsenal from Montpellier in 2012 for £10 million, and went on to score over a 100 goals for the club. Although he found regular game time difficult to come by this season, most Gunners will be sad to see the 31-year-old leave, as he was a hugely popular figure at the club.