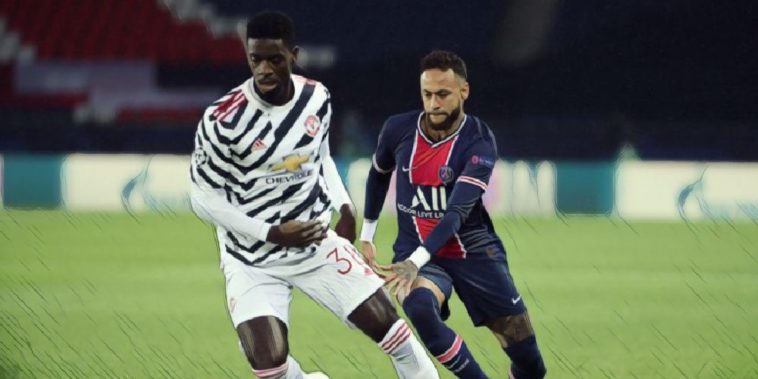 Ryan Giggs has backed Axel Tuanzebe to become a ‘regular’ at Manchester United following the defender’s impressive return to the side against Paris Saint-Germain.

Tuanzebe made his first appearance of the calendar year during United’s Champions League group stage opener at the Parc des Princes, producing a commanding display as Ole Gunnar Solskjaer’s side got off to the perfect start with a 2-1 victory against last season’s runners-up.

The 22-year-old dealt admirably with the threat posed by the likes of Neymar and Kylian Mbappe, in what was the youngster’s first appearance since December following hamstring and foot injuries, the latter problem requiring surgery earlier this summer.

Tuanzebe’s pace and confident defending was a welcome addition to a Red Devils defence which has struggled in the opening weeks of the new season, and Manchester United legend Giggs believes the centre-back has ‘all the attributes’ to become a leading figure in the side.

“All Axel has got to do now is play games, stay fit, play games, because he’s got all the attributes,” he told Webby and O’Neill.

“He can handle the ball, he can even play midfield, we thought about playing him in midfield when he was fit under Louis [Van Gaal].

“He can read the game well, he’s quick, I think he showed that yesterday [against PSG].

“But he’s got to play games. And when he plays game his confidence will grow because he’s got all the attributes to be a Man United centre-half.

“I’m sure if he stays fit he’ll be a regular in the first team.

“When Louis came he was going through a stage like a massive growth spurt, so he had a few injuries, a few niggles.

“He had that time at Villa [on loan], he’s just got to play games now. He’s just got to stay fit because he can handle the ball, he’s quick, he’s strong.”