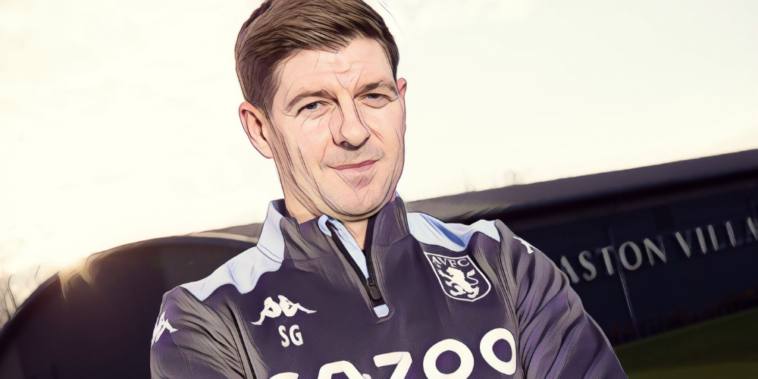 Steven Gerrard has opened up on his decision to take the Aston Villa job and his ‘focus’ ahead of an impending return to Liverpool.

Gerrard was named as Dean Smith’s successor at Villa Park last week, with the former returning to the Premier League for the first time as a manager after a successful spell in Scotland with Rangers.

The 41-year-old guided Rangers to a drought-breaking Scottish Premiership title last season with a historic unbeaten campaign, but has now spoken on his desire to take on a new ‘challenge’ in English football.

“I think this club will suit me because the fans are very passionate and there is pressure here to win. For me it is about bringing everyone together to believe we can do exciting things together.

“Dean Smith is someone I’ve got a lot of admiration and respect for. I can’t control how things happen but I think the success he’s had here and the respect he’s gained… he’s going to be a hard act to follow.

“I think everyone knows I’ve got the job for a reason. The form of late has dipped and for me it is very much a case of getting involved and analysing the squad close up, because there is a lot of talent in this squad.”

Gerrard will take charge of his first game when Villa face Brighton in the Premier League this weekend, whilst the former Liverpool captain will return to Anfield for the first time as a manager on December 11.

The new Villa boss admits there is sure to be ‘noise’ surrounding his return to face his former side, but outlined his focus on bringing success to Aston Villa and says his side will approach every game with the intention to win.

“I don’t think me or anyone else will be able to control the noise. For me, that’s not important.

“What is important is the chance to go to Anfield and win, to take maximum points, which is the attitude and mentality we have going into every game. It is what it is.

“I want to win every game. My priority and focus, and everything I will give on a daily basis, will be for Aston Villa.

“One thing I can guarantee the supporters, the players and the staff here is that when I commit to something, I’m all in.”