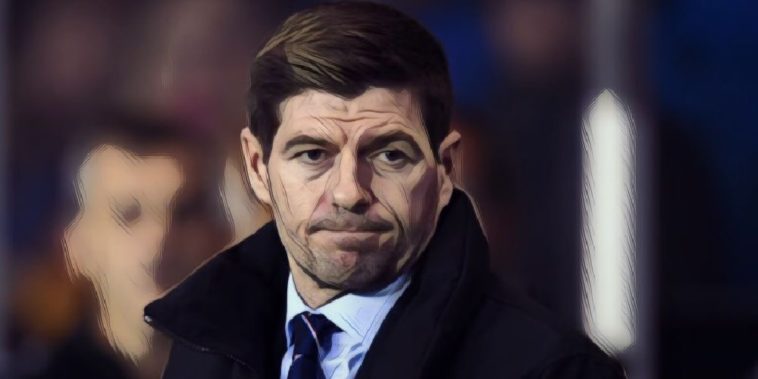 Steven Gerrard admits Rangers ‘never handled the heat’ as the club lost more ground in the race for the Scottish Premiership title with a 2-1 defeat at Kilmarnock.

Rangers conceded twice in the final 13 minutes to lose further ground on leaders Celtic, Gerrard’s side now 10 points adrift of their Old Firm rivals after goals from Stephen O’Donnell and Eamonn Brophy condemned the club to defeat at Rugby Park.

Scott Arfield had earlier given the visitors the lead as they looked to close the gap at the top, though Gerrard admits his side could not handle the pressure following a late capitulation, a result that could prove decisive to their hopes of preventing Celtic securing a ninth successive league title.

“The reality is the opposition [Celtic] are in the driving seat. That’s down to two things – their form and us not being good enough since the winter break.

“But I’m responsible for that. I put this group together. I coach them, they are my tactics and decisions. So I’m not going to sit here and try and force any blame in any other direction than myself.

“It’s disappointing, it’s frustrating at the moment. We keep going, we keep fighting and see where we are. But on the evidence of the second half tonight, it’s very worrying for me right now.”

Rangers still have a game in hand over their Glasgow rivals, with two Old Firm derbies still to come, though the Ibrox outfit have won just three of their six league games since the winter break.