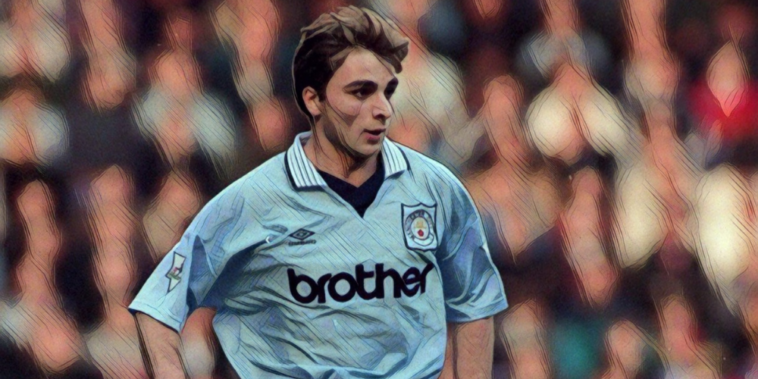 Georgi Kinkladze remains a firm favourite of the Manchester City supporters, a player who added a sprinkling of stardust in an era less successful than the one being enjoyed by the current side.

For much of the early seasons of the Premier League, Manchester City enjoyed a yo-yo existence as they struggled for consistency at the highest level, a trait also shared by their Georgian winger who often delighted and frustrated in equal measure.

At his best, however, Kinkladze was a mercurial talent capable of show-stopping moments of skill, including scoring one of the Premier League‘s great individual efforts against Southampton during the 1995/96 season.

The goal came in a relegation six-pointer, with the winger starting wide on the right before cutting inside, evading four Saints’ challenges before delicately lifting the ball over the goalkeeper to cap a wonderful solo run.

A moment of magic from a player who retains a special place in the affections of the City faithful, Kinkladze remaining loyal to the cause despite the club’s relegation at the end of that season, agonisingly dropping into the second tier on goal difference.